Autodrome - has the public been duped?

"Portugal Capital Ventures has acquired exclusive control over Parkalgar Serviços SA and consequently gains sole control over assets that make up a commercial establishment located in Portimão," so read the statement issued to the press by Portugal's 'Autoridade de Concorrência' (Competition Authority) in September this year.

It is the definition of ‘exclusive control’ that now is worrying the financial and motor racing sectors, keen to see the racetrack succeed under new ownership and new directors, but are new brooms sweeping clean?

The shareholding schedule is a mess of detail with Autodromo International do Algarve owning 1.3 million Category ‘A’ preferential shares but with no note as to what powers these shares have.  There are the original nepotistic junior shareholdings, Parkalagar and builder Bemposta are family affairs after all, which may explain why every creditor has taken a haircut apart from building company Bemposta. The Portimão based builder of the autodrome was owed €10.3 million before the recent financial restructuring and was still owed €10.3 million afterwards. The family relationship between Parkalgar and Bemposta with directors owning shares in each was not good practice in a project of this scale and ‘national importance.’

Even the bankers BCP took a hit, as did the common creditors including Formula One boss Bernie Ecclestone (€3.2 million owed to his company GP2 Ltd), Oceanational Motor (€4.9 million – owner of the Portuguese Ocean Racing Technology team of which Tiago Monteiro is the public face) and Infront Motor Sports Organisation (€1.3 million – Superbike World Championship organisers) along with local companies that had the financial misfortune to work on the Autodrome project.

There is also an unexplained change in the articles of association of the company which is not made clear, and there is no note of to whom the last two capital increases (€4,491 and €9,988,272) were issued, taking the total capital issued to €11,372,368.

So the ownership appears not to have changed at all and therefore deep suspicions exist as this could be similar to many of the ‘deals’ by private equity firms similar to Portugal Capital Ventures where leveraged buy-outs of companies are announced with fanfare but using no real money, with ensuing kickbacks and cushy jobs to public officials. Later any real assets, land in this case, are transferred to the new company while leaving the ‘loans’ in the lap of the hapless and impotent taxpayer.

While not wishing to judge until the facts are made clear, the famous quote by F. Ross Johnson, former president of RJR Nabisco, comes to mind: "Never play by the rules, never pay in cash and never tell the truth." Let's hope Portugal Capital Ventures is not playing by the RJR Nabisco rules. Of course, Johnson could have added another mantra, "Make sure, in any deal, we get most of the profits while costs end up with someone else."

The above lines are not accusations, they are warnings. The point is that the devil should never be in the lawyers' detail; any relevant and important information should be explicit and understood by anyone who is numerate and literate. It seems that many modern press announcements by venture capital companies are designed to mislead or leave out key details, rather than to inform. The public could get the impression that CEOs of private equity firms imagine that the general public are just plain stupid.

As for the current Parkalgar shareholders list, it defies commercial logic to retain the services of Paulo Pinheiro as a director of the ‘new’ Parkalgar. He was the director under whose directorship Parkalgar needed rescuing twice, first in a formal Processo Especial de Revitalização de Empresas where small, and not so small creditors were railroaded by Bemposta and bankers BCP to agree to a deal whereby they were to receive a small percentage of their money, money (30% paid only after the apartments began to be sold off i.e. spread over many years.) Secondly in the latest rescue by Portugal Capital Ventures whose triumphant arrival was ostensibly to take control of the business, restructure and manage it properly, and probably sell it on to a company with experience in running this type of composite business which includes a racetrack, real estate, an hotel, a kartodrome, and a planned technology park.

Portugal Capital Ventures has announced through the Autoridade de Concorrência that it controls Parkalgar and hence the Autodrome and associated infrastructures and partially built hotel and accommodation areas. Eyebrows were raised at the approval of the takeover as the Autoridade da Concorrência must have known that there are two other permanent circuit in Portugal – Braga, privately owned, and Estoril, totally owned by Parpública Participaçoes Públicas, SGPS, SA, the state owned company that manages assets on behalf of the public. If it does not own Parkalgar's share capital it is hard for the public to understand how it controls the business. If Portugal Capital Ventures has somehow taken over the business without owning a single share in Parkalgar, the public should be told.

The current mystery, and hence concern, over the actual ownership of Parkalgar, and the suspicious retention of a director under whose direction the business took several wrong turns, sets alarm bells ringing across the racing world and the financial industry in Portugal that does not need any further upset as it tries to rebuild confidence in the aftermath of the crisis and of various banking scandals.

It should also set alarm bells ringing in Portugal's  political world as if this is a set up of some sort it will inevitably end up with the venture capital company winning out and the taxpayer being left with the bill.

This whole project has been smeared with a political brush since the time of Jose Socrates' premiership and the partially successful under-the-counter funding of the Tiago Monteiro racing team.

Portugal Capital Ventures needs urgently to explain its plans and the Algarve's MPs need to start asking some detailed questions in parliament as to how a venture capital company can ‘rescue’ a business, announce complete control yet seem not to own a single share.

These questions are even more pertinent given some of the recent scandals in the last few years, including the one involving the purchase of three German submarines from Ferrostaal which was heavily criticised by MEP Ana Gomes. Bribery of Portuguese middle men has been proved in a German court yet nobody yet has been accused in Portugal.

With Parkalgar’s apparent maze of shareholdings listed in the register, which seems to conceal more than it reveals, let's hope there are no contracts with directors (or anyone else) that have unforeseen consequences. Two appointments stick out from the list of Parkalgar’s directors; Jaime Trindade Bernardes Costa of Buisiness Consulting Services- Consultores de Gestao LDA, and Rui Luis Dias Pereira de Sousa from the Lisbon School of Economics. Neither of these eminent men would seem to be from the Venture Capital company although they may ‘represent its interests.’

The public needs clarity and to be assured that this deal is not one where a few financiers will benefit and the public end up footing the bill, followed by a public enquiry and assurances that this “will never happen again.”

This is especially important in a deal which seems to involve both private and public capital. It's not just a question of who owns what now, it's primarily a question of who will own what in the near future, including any profits, losses and share options – and the land.

Who is looking after the interests of the 288 small creditors? Is is easier to run a business as complex as Parkalgar knowing that if anything goes wrong the smaller original  suppliers are way down the creditors list and if the business fails again, the state, ie the taxpayer, will pick up the financail pieces.

It will also be interesting for Portimão ratepayers to know how much money its recklessly overspent council has shovelled into the autodrome project, but we will leave that for another day ...

+5 #6 atlasfrog 2013-11-04 11:03
Portugal Capital Ventures website explains there mission and objectives clearly. Acquisition of a race track in its final bankrupt state falls nowhere within its remit. Surely the financial supporters of PCV will have some serious concern, unless it is just one big scam.
+5 #5 Paul 2013-11-04 10:49
The media reports were taken word for word from the press release from the competition authority which, as I am sure it was not in collusion at the time, will now be as shocked as everyone else by this astounding revelation that the autodrome is not actually owned by the public after all. Just the valuable elements are owned by an unknown company yet to be announced by maybe controlled, or maybe not, by PCV. This whole affair has not been exactly up front and open has it?
Ed
+5 #4 RP 2013-11-04 10:42
As I told before, Algarve International Autodrome is owned by Parkargar - Parques Tecnologicos e Desportivos SA. Maybe the media reports at the time were wrong.
+6 #3 Paul 2013-11-03 23:05
In reply to Ricardo Pina:

A formal document released by the Autoridade de Concorrência, the competition authority, stated: “Portugal Capital Ventures has acquired exclusive control over Parkalgar Serviços SA and consequently gains sole control over assets that make up a commercial establishment located in Portimão.”

The “establishment” comprises the Algarve International Autodrome, the kart circuit and the off-road circuit according to media reports at the time.

If, as you say, Portugal Capital Ventures does not now control the autodrome circuit then the public has been misled, as has the competition authority.
+7 #2 RP 2013-11-03 21:15
Who is Parkalgar Services? The Algarve circuit is owned by Parkalgar Parques Tecnologicos e Desportivos SA. Portugal Capital Ventures ownes a company created to administrate the apartments and hotel, not the circuit, which is Parkalgar Services.
+7 #1 abner 2013-11-03 15:55
Excellent research here ... but why is the Qren Observatory not involved ? http://www.observatorio.pt/
It's their job to monitor the correct use of european funds. This seems to be a variation of a well known 'scam' - for a husband and wife (with non-shared marriage status) to claim the european funds jointly in a business. A year or two later they claim to have broken up so the business is bankrupted and all debts to Brussels wiped clean. Only for the productive assets to then be bought for peanuts by one of the partners under a new business. When will Brussels learn ?
Refresh comments list 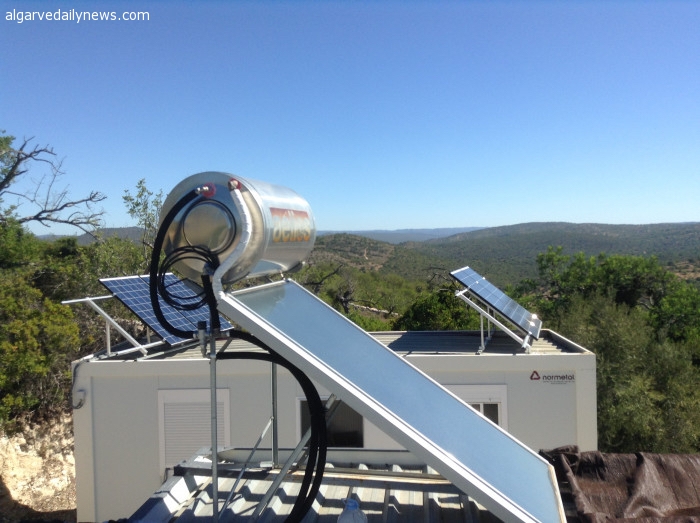 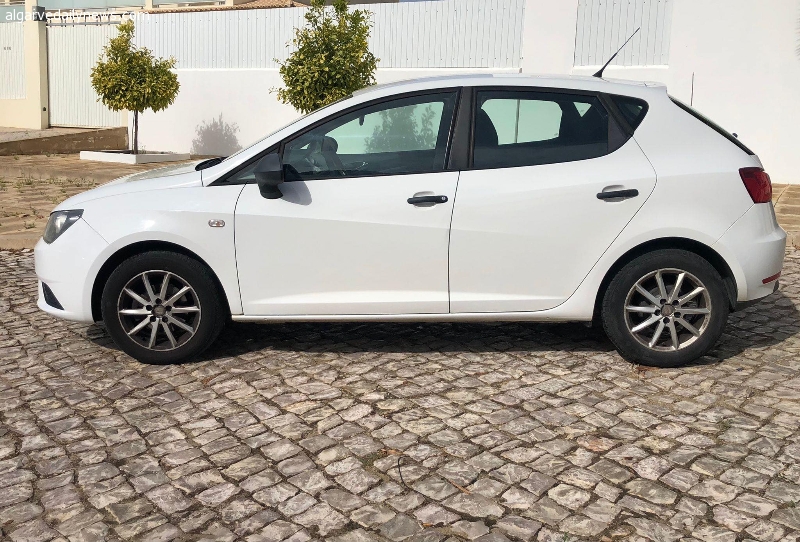