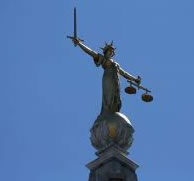 The European Court of Human Rights again has condemned Portugal for violating freedom of expression. This time, at issue was an editorial by José Manuel Fernandes, in the newspaper Público, about Noronha do Nascimento.

In the article, Fernandes said that Noronha de Nascimento, who was taking up the position at the head of Portugal's Supreme Court, represented "the dark face of our justice," and went on to write an uncomplimentary article about the judge.

The European Court of Human Rights now has condemned the Portuguese State for a court ruling against José Manuel Fernandes who wrote the criticism in 2006 in an article called The Spider Strategy. This focussed on the inaugural speech made by Noronha do Nascimento, on taking office as the new president of the Supreme Court of Justice.

A Portuguese court later considered the passage ‘defamatory’ and ordered  the journalist to pay €60,000 in compensation.

The European Court of Human Rights has now considered the case and agreed that the Portuguese court had not judged the case in an appropriate manner against existing freedom of expression laws.

The European Court also considered that, by involving the journalist's wife in the case, the Portuguese courts not only caused harm to the whole family but also had erroneously established a "collective responsibility" for the article in question, and that this "had a serious inhibiting effect on the freedom of press."

Regarding the general tone of the highly critical article, the European Court of Human Rights ruled that "even being critical and hard, are within the limits of freedom of opinion."

Moreover, the Portuguese courts did not demonstrate that José Manuel Fernandes had to limit "his right to criticise and to express his opinion."

The European Court's judgement also concluded that the level of compensation was the same as if Nascimento had died as a result, hence it was punitive even though the article could not be said to have affected Mascimento’s career, indeed he went on to be elected for a second term.

Francisco Teixeira da Mota, who represented José Manuel Fernandes and Público throughout the appeal process, welcomed the decision and said today that, "citizens' freedom of opinion in a democratic society is all the more important than the social, political and economic importance of those who are targeted in their criticisms. This is what the Portuguese courts sometimes forget and that the European Court of Human Rights has caused them to remember.”

This is not the first time that Portugal has been convicted in the European Court of Human Rights of getting judgments wrong when the freedom of the press has been involved.

In August 2016 the European Court forced the Portuguese State to indemnify Visão magazine because of an article about former Prime Minister, Santana Lopes. Other cases where the Portuguese State was held to account include that concerning the  football club Sporting which won in court against Público concerning a damaging article about club finances.

For the lawyer, Francisco Teixeira da Mota, who writes a weekly column in Público where he often defends human rights and the principles of freedom of information, what is important is that "we can not be afraid to give our opinions and to criticise, where necessary, those who exercise power."

For José Manuel Fernandes, who now runs the news website Observador, is to receive just €9,400 in damages but he also gets his costs paid, not an inconsiderable sum after such a long case.

+1 #5 dw 2017-01-18 12:14
CIA influence in the media is not limited to the USA either. Most of western media has been infiltrated by the CIA, MI5 etc.
www.jonathan-cook.net/blog/2016-12-19/is-the-cia-editing-your-newspaper/
-1 #4 Peter Booker 2017-01-18 09:41
I cannot tell what the President-elect of the USA knows about the freedom of the press. But after reading Mary´s Mosaic (by Peter Janney: I recommend this book to anyone who is still puzzled about the murder of a US President) I can say that the CIA has controlled most of the press in the USA for decades; as well as sponsoring political assassinations (such as that of JFK). The Fernandes case makes the ECHR seem quite advanced in its defence of opinion makers; and better than anything which exists in the USA or Russia.
+3 #3 Malcolm.H 2017-01-18 09:38
There is still a strikingly unequal imbalance between power possessors and the people beneath them embedded in the fabric of the Portuguese State.

Remind ourselves yet again of Serena Wylde's trauma.
http://www.telegraph.co.uk/news/worldnews/europe/portugal/6687204/British-woman-facing-charges-for-criticising-Portuguese-lawyer.html

Her many years of stress and tens of thousands in costs for doing no more (in a developed country) than exercise her Right to complain to the Advogado's membership body. That one of their lawyers was persisting in a case against her that both parties had already settled out of court.

Why then did the Ordem dos Advogados not just advise their member to back down? But this is Portugal and this particular wealthy lawyer the son of a Salazar era judge. So special !
-1 #2 Raoul 2017-01-18 09:06
Quoting liveaboard:

Freedom of expression and especially freedom of the press is essential for a functioning democracy.

Before jumping on the bandwagon and criticising Trump, who to the best of my knowledge has not as yet enacted any repressive legislation, a look at what has actually been happening in another E.U. member state, just over the border in Spain, might be a bit more relevant to the content of the article.

https://www.theguardian.com/world/2015/dec/15/journalists-take-fight-against-spanish-gag-law-to-european-court
+2 #1 liveaboard 2017-01-17 22:58
Freedom of expression and especially freedom of the press is essential for a functioning democracy.