Portugal - all bank deposits are at risk 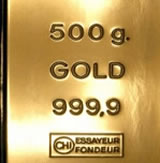 There is a golden rule in politics: Don't believe anything until it has been officially denied.

Three or four months ago I issued a warning to my clients that bank deposits were now fair game, and I quoted the sources.

One thing was missing: an official denial. In fact there was quite the opposite. All spokesmen agreed that depositors' money was fair game. Finally, the denial we have all been waiting for has come, from the Portuguese finance minister.

Perhaps those with local bank savings should now wake up, and wake up fast. In case you guys didn't know it, there has already been a "very clear and definitive statement of the rules", (Gapsar obviously was asleep at the time) and that statement says your savings will be taken. Here is what I wrote for my clients:

Over the past five or six years it has been obvious that savers are expected to pay for debtors. That's the way the world has gone this century. If you have been prudent, the government will come to you to pay for those who have not been prudent.

It's happened time and time again. All the banks that have been rescued have been recapitalised using tax payers' money. In Cyprus the entire banking system has been bailed out by a scheme where one half of the bailout funds has been quite outrageously stolen - there really isn't any other word for it - by the government. Those of you who subscribe to my blogs will have been warned of this catastrophe in January before it happened. There is a new word to describe this: bail-in.

The officials back in Brussels have made it quite clear that the Cyprus operation is a template for any further bailouts. This means that anyone who has savings in a bank should remove those funds right now. They are at risk of being stolen.

If anyone thinks it could not happen anywhere else, think again. The EU functionaries have said that it will, and there is a proposal to write it into EU law. Even Canada's latest budget document (Pages 144-5) states alarmingly "The Government proposes to implement a 'bail-in' regime for systemically important banks. This regime will be designed to ensure that, in the unlikely event that a systemically important bank depletes its capital, the bank can be recapitalized and returned to viability through the very rapid conversion of certain bank liabilities into regulatory capital. This will reduce risks for taxpayers."

What this means in simple English is that if you have savings in the bank the government can just take as much of those savings as it likes, and use those savings to recapitalise the bank. Press secretary Kathleen Perchaluk said Ottawa's move is in line with recent international agreements.

Were you aware of those agreements? I dont remember them being front page news. Those countries which are financially up the creek are most at risk. I no longer have a Portuguese bank account. Those who have should make sure there is no more than a couple of thousand euros in it at any one time, or you may wake up one morning to some nasty news.

That warning also goes for just about any country in the eurozone. I would particularly worry about Spain and Italy, and I dont think France and Luxembourg will be far behind in the panic stakes.

Some of you may think you are at least safe in the UK.  If so let me refer you to a document the Bank of England produced last December:

The Bank issued a paper called Resolving Globally Active, Systemically Important, Financial Institutions. It says explicitly that depositors are unsecured creditors, and that regulators should have the authority to turn deposits of a 'troubled' bank into stock: "The new equity would become capital in one or more newly formed operating entities."

In case you cant translate that let me put it in simple language. The government can take your savings and give them to the bank, and you cant do a thing about it. I mean, for heaven's sake, the cheek of that language! Depositors are to be regarded as unsecured creditors. In short, your deposits are not secure at all. In fact you are being told in no uncertain terms that your deposits are at risk of being raided. How about "turn deposits into stock?" That means, take your money and give it to the bank. This is outrageous. It is also now public policy in the UK, North America, and the EU. It is law in the USA and Canada, and it is proposed to make it into law in the UK and EU later this year.

Oh yes, and did I mention that the document adds that securities lodged with the bank either for safe keeping or as security for a loan could be sold immediately to raise cash. That would mean that your loan would now be recalled if it was only secured by assets held by the bank.

It's possible that you may eventually be compensated if you are covered by a deposit guarantee scheme, but that would take time. In the meanwhile your assets would be frozen pending an accountants' resolution of the bank failure, and you may end up with your pension scheme in ruins.

I take it you all read Federal Reserve governor Jeremy Stein's latest statement: "I have little doubt that private investors will in fact bear the losses...even if this leads to an outcome that is messier and more costly to society than we would ideally like. Dodd-Frank is very clear in saying that the Federal Reserve and other regulators cannot use their emergency authorities to bail out an individual failing institution. And as a member of the Board, I am committed to following both the letter and the spirit of the law."

You will find copious references to the Dodd-Frank Act in the Bank of England statement. (You can read it all online, just search on the title quoted above.) What I am driving at here is that this is a global response. All the major governments are acting in concert on this.

You guys out there need to wake up and get your funds out of the bank. Go into overdraft mode, and make sure you never have more than the bare minimum in any European bank (or indeed any other bank for that matter) at any time, or you could find yourself suddenly a darn sight poorer than you thought.

This is insane policy because the banks need deposits. What this is going to do is to deplete those deposits even more, and worsen the current situation. In short, banks are going to get even shakier. This economic disaster is unfolding in alarming ways, and things are likely to get considerably worse from here on.

We are also getting closer to capital controls. Those controls are already in place in Cyprus. In Greece, several companies have closed their bank accounts in that country, and have been bussing in money on fridays to pay the wages, just in case something nasty happens and they are caught with a large amount of wages sitting in the bank and cant get the money out to pay staff.

My friends, this is getting way out of hand. You need to get capital out of Europe before the capital controls come in, and you need to empty those bank accounts. It is time for those of you who do like to keep cash somewhere to start looking at other financial centres such as Singapore. I am not able to advise you in this respect, but if you have a lot of cash, you need to get it into something solid. That's a difficult one, but with lending failing in all directions the two things that will suffer most are businesses, and real estate. Alternatively, get into a banking system that is not systemically terminal (if you can find one). You have been warned.

To look at a visual representation of various debts, go to http://demonocracy.info/ and click on the various boxes. It's like entering a weird fairy story.