In mid-October 2021 a group of 6 riders and 2 pillions from the Algarve Senior Bikers (ASB) hit the road to explore the picturesque Andalusian countryside in Southern Spain. Sunny weather, empty winding roads, fantastic culinary delicacies and several cultural highlights made the tour an unforgettable event. 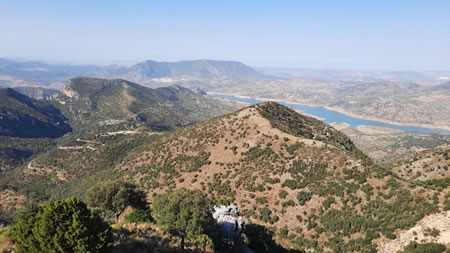 The ASB-group met west of Sevilla and passed the Guadalquivir on a small river ferry to the south. After crossing the fertile plains south of Sevilla, a region marked by intensive agriculture and cotton fields, the route winds into the mountains of the Sierra de Grazalema with the beautiful Lake Zahara, and heads to Ronda.

Ronda is situated in a mountainous area about 750 m above sea level. The Guadalevín River runs through the city, dividing it in two and carving out the spectacular 100-plus-metre-deep El Tajo canyon above which the city perches. Leaving Ronda, we continued the tour on small winding roads and, after innumerable climbs and descents, reached Antequera.

Antequera is a charming old to 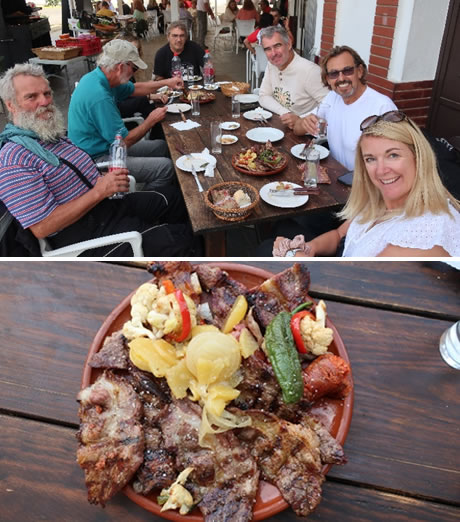 wn and an important commercial centre at the crossroads between Málaga to the south, Granada to the east, Córdoba to the north, and Sevilla to the west. Because of its location and flourishing agriculture, Antequera is called the "Heart of Andalusia".

On the way from Antequera to Córdoba, we drove through endless olive groves on small secondary roads that pass through whitewashed villages before reaching Córdoba.
The former capital of the Umayyad Caliphate until the Christian Reconquista in 1236 is a charming city with stunning Moorish architecture.
The absolute highlight is the Great Mosque of Córdoba (Mezquita-Catedral) with a Christian cathedral superimposed in its centre.

Following the course of the Guadalquivir River to the west, we left Córdoba and returned to the mountain curves and the fantastic landscapes offered by the National Park Sierra de Hornachuelos. In Cazalla de la Sierra we had the chance to savor the local delicacies from a charcoal brazier.

After one week of riding and more than 1000 km the group made its last stop in Aracena, a charming traditional town with a stalactite cave (Gruta de las Maravillas), that extends for about 2 km under the 13th century castle and a museum dedicated to ham, an important agricultural product of the region.