In the Cat House #8: Diary of an Animal Charity Volunteer (feels like 10 litres per day)

Friday in clammy August. I read that in extreme temperatures we can sweat between 10 -14 litres a day. Doesn’t surprise me, as I wring out my clothes when I get home  Just hope we can get through this without hellfire and high waters. Horses sweat, like humans. Dogs and cats have fewer sweat glands, apparently, and have to pant and release sweat from their paw pads. A good temperature gauge is to look at the length of a cat when supine.

Last week Célia had to content herself with catching six street cats for the municipal vet. Five were males. It’s more effective to neuter females, but who gets that close? Well, that’s five males who won’t be disturbing your sleep by howling for mates in the night, who won’t offend your olfactory senses by marking their territory, who won’t get into (drunken) brawls with other males or who cannot now develop prostate cancer. All were snipped, chipped and returned to their colony to live out their feline lives.

No cats were neutered this week under the ADAPO* Olhão Urban Cats Project. Local vets were too busy or had staff on holiday. (Holiday? Just living in the Algarve full time is a permanent holiday). But as fast as the municipal vet in Olhão works, and he neuters hundreds of feral cats each year, he cannot keep pace with the reproductive zeal of errant felines. So, the animal charities like ADAPO keep doing our bit.

Saturday. Just when you’d think the kitten season was slowing down, two were found in a pine wood on the outskirts of Olhão. A few weeks old, and starving, they were found by walkers. One, a tabby, has already been re-homed.  The other, a fluffy grey, is still available.

’Oreo’, the blind kitten took a turn for the worse and had to have both eyes removed on Wednesday, This was a planned operation but much sooner than anyone wanted.  The operation went well, and, it turns out, he is a she.  Her new name is Delfina, or ‘Fina’ to her friends.  We expected her to be down for a few days after her op, but she immediately bounced back, full of life, playing with toys that rattle and tinkle, eating well, and very affectionate.  A short video is on the ADAPO Fb page. If her tests turn out well, she has a home to go to with other cats, one of which is also blind. It is hoped that the two blind cats will then team up, guide each other and play together.

Sunday. What to do if you’re on holiday here and come across cats or dogs that look distressed?  If you’re staying in a hotel or rental, for example, and have stray cats hanging around, it’s likely that they are fed by sympathetic tourists, but if ‘management’ receive complaints, the moggies may be rounded up by pest control vans as soon as the season has ended.  How else do kittens end up abandoned in a pine wood?

We shouldn’t rush to the conclusion that all dogs on the street are necessarily homeless. Some older folk in Olhão let their dogs roam all day.  I won’t say such dogs are trained to … but it seems to be the destiny of any ‘alojamento local’ doorstep to be covered in dog crap first thing in the morning. They may look like short-legged scruffs to you, but remember, you cannot kidnap someone’s pet. 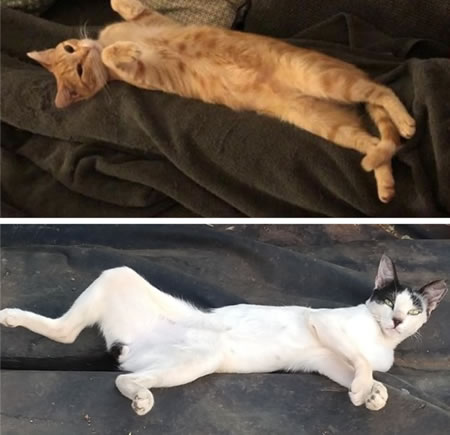 There are many recent cases of genuinely lost dogs reunited with their owners, since they had a microchip. If you really think an animal needs to be reported as lost or stray, the best policy is to Google the phone number of the municipal vet (Veterinário municipal) in the town where you’re staying and send an SMS of the details. Or email (with a photo, if possible)  ‘servicosveterinarios@…’ and the name of the municipality.  You can do it in English; all the vets I’ve met are multilingual. They may not be able to take immediate action, but they have to know, and we have to make the system work! Moreover, tourists have economic power and should give feedback to the local councils.

In the past, I’ve holidayed in places where sometimes the sight of sick cats, dogs or horses, a symptom of the human misery of the place, just made me fret and wish I’d never gone there. I shouldn’t have gone there.

Monday was the muggiest, clammiest day so far, registering 40C+ .  We hosed down the ground at the cat shelter, to try to lower the temperatures.  A few of the cats will tolerate a wipe with a damp pad to cool their faces and heads. Most just try to doze it out, lying around in dark corners, tongues poking out.  But they proved to be resilient, even the most vulnerable.

The refuge is open air, with a few cabins for the cats to retreat.  In the middle there are marquees or gazebos, currently slung with sheets to serve as curtains that waft any breeze that’s blowing. All that’s missing are the massage beds, or it could be mistaken for an exotic bordello.

Thursday. I’d better get cracking and prepare for the mercadinho artesanal on the Avenida da República in Olhão, now on the first and third Saturdays of each month. ADAPO has a stall to raise money because those vets bills won’t pay for themselves.  We have many assorted pet accessories for dogs, cats, even rodents!  Come and see us! 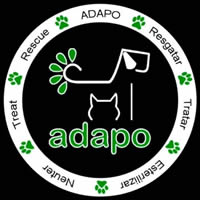