St Vincent’s Church, Praia da Luz is flourishing. Despite over two years of interregnum our church family continues to grow. So it was with great joy we celebrated the licensing of our new permanent priest, Father Robert (Rob) Kean.

The service was led by the Archdeacon of Gibraltar, The Reverend Canon Geoffrey Johnston, with Father Mark Wilson, Chaplain of our Central and Eastern congregations, Reader Bob Kelly and Padre Zé Manuel, Roman Catholic priest in Luz, in attendance. Father Geoff said it was indeed a day for celebration and joy at the new ministry of Father Rob and reminded us that Jesus enjoyed a celebration: his first miracle was turning water into wine at a wedding in Cana.

Father Geoff, addressing Father Rob, said that he had been called to be a shepherd in Luz, that he belongs to the Lord and should listen to the Lord so that he catches God’s vision, casts amongst his congregation so that others are energised to help him achieve that vision, and carry out God’s work within the chaplaincy. Nothing is impossible with God’s help and Father Rob could go forward from today, fired up and revitalised to light a fire for God.
Speaking to the congregation Father Geoff prompted us that we have an opportunity to renew our own individual commitment to serve the Lord and bring God’s kingdom into the world around us. We should carry the light and love of Christ and become the transformers of the world he has called us to be. 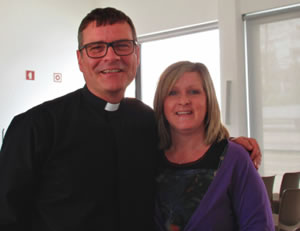 Father Rob in response said that he is looking forward with gusto to the journey we are taking together, that it is a privilege to serve the community and thanked us for allowing him and his family to be part of our continuing journey.

After the service we all retired to the Salão behind the church and continued our celebrations over a glass of wine and delicious canapés.

Father Rob is 52 and grew up in Hackney, East London. He met his wife Angela when they were 18 and they married when they were 24. They have two children, Sam and Sophie.

He has worked at a few things in his lifetime, predominantly IT for the 12 years leading up to ordination training and then ministry. His previous position was with the Witham and Villages Team Ministry, part of the Diocese of Chelmsford, Essex. 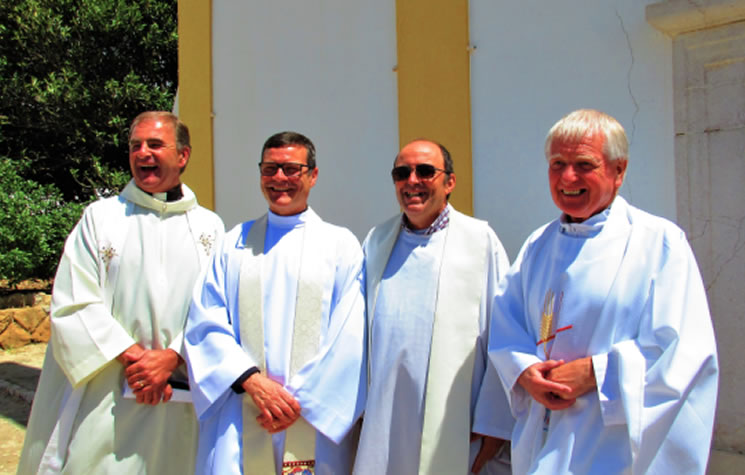