Better Use Of Wave Energy

For twenty years this technique has been available. Many surveys showed best areas in the EU would be in Scotland and Northern Portugal. A floating unit was installed close to Viana do Castelo, with good results. But the energy monopoly then stopped money for the maintenance of the equipment, which rusted and broke down. 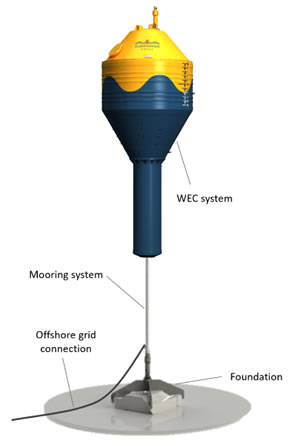 A new trial, with a somewhat different technique was brought again in 2012, with excellent results. Again the monopoly stopped it and continued testing went to Scotland. It is now in its final full-scale testing.
This concept is easy to manufacture in many of mechanic SMEs in Portugal, with gears done in some, welding in others, assembling close to the sea, and fixing them offshore still in others. With EU-support this could bring thousands of jobs for Portugal.

“Although we have 3000 hours of sunshine per year and Germany has only 1/3 of that, they have three times more sun panels.”

Although best areas are in the Central and Northern Portugal, as the cost per generated Megawatt is lower than other alternatives and if the EU is serious about financing renewable energy, Costa Vincentina in both the Algarve and Alentejo could become a center for such production, exporting energy to Southern Spain.

For centuries or so there have been wheat and corn mills close to Setubal, using the tide energy entering and leaving a bay there. For centuries most of water for agriculture in Portugal was pumped up by wind-energy. But, available since some 70 years in the Nordic countries, it only hit Portugal around ten years ago.

Although we have 3000 hours of sunshine per year and Germany only 1/3 of that, they have three times more sun panels then we do. Amazing the political power the monopoly has here, stopping development to create jobs, boosting high-tech and exporting renewable energy.