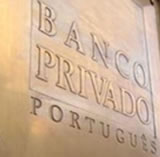 João Rendeiro, the disgraced founder of Banco Privado Português (BPP) and two other managers are accused of aggravated fraud and the Public Prosecutor is looking for at least five years in jail for each of the men.

BPP started to unravel back in 2009 when a Bank of Portugal enquiry started to look into Rendeiro’s role in the bank’s liquidity crisis and uncovered a matrix of offshore companies used to support the share price of the bank.

Rendeiro was the founder and the largest shareholder in the defunct BPP, and the Prosecutor won’t be happy until Rendeiro and co-Directors Salvador Fezas Vital and Paulo Guichard, are locked up for at least a five stretch.

The men are accused of joint aggravated fraud in a process involving a vehicle called Privado Financeiras, created in 2007, to invest primarily in BCP and ended up losing €40 million of customers’ money.

José Miguel Júdice, Rendeiro’s lawyer said in court last week that his client had not enriched himself by this operation and that there was no proof of the crime of which he was accused.

The role of Privado Financeiras has been investigated since 2010 and the trial of the men started in February 2014, five years after the bank was bailed out by the taxpayer.

There are other trials that the managers face relating to investigations by the stock market regulator and the Bank of Portugal.

Rendeiro said he could not anticipate the carnage of the financial market, nor could any man, but setting up third party funds to buy shares in his own bank using the bank’s own money is reminiscent of the 1980s Guinness share trading fraud in the UK where Saunders, Parnes, Lyons and Ronson all ended up serving time at her majesty’s pleasure for propping up the Guinness share price during its takeover of Distillers.

Banco Privado Português (BPP) was a private Portuguese bank, based in Lisbon. Founded by João Rendeiro it's currently in liquidation.

On 24 July 2009, Paulo Guichard and Salvador Fezas Vital, two former board committee members of BPP were suspended by Banco de Portugal, and joined João Rendeiro in the BPP case, to be indicted for falsifying accounts, tax crimes and money laundering.

On 15 April 2010, the Banco de Portugal, Portugal central bank, "after verifying the impossibility of recapitalisation and recovery efforts of this institution", ordered the liquidation of the Banco Privado Português.

On 11 October 2010, the Polícia Judiciária conducted searches at the homes of former officials of the BPP under the scope of an investigation into suspected money laundering and fraud.

On 11 February 2013, João Rendeiro, Fezas Vital and Paul Guichard, former members of the board, were charged by the Public Ministry with fraud, in a matter of a Collective investment scheme that damaged hundreds of clients for an estimated 41 million euros.

June 2014, all three men in court on charges of joint conspiracy to defraud. Public Prosecutor calls for 5 year jail terms for all.