Disability discrimination in Portugal is high with no national strategy 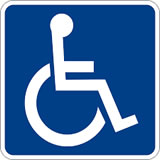 Disability discrimination in Europe averages 15%, but in Portugal this figure increases to 65%. Surprisingly, the Portuguese Government has no national strategy for persons with disabilities.

Since 2016, the Portugal’s Socialist government has introduced two measures to help improve the situation of people with disabilities.

These initiatives focused on targeted social benefits and independent living.

The objective is to move away from institutionalisation towards empowering individuals through the new measures. Public debates and consultations with civil society on the new legislation and direct support initiatives have taken place with the goal of delivering something workable.

However, many of the organisations the European Economic and Social Committee (EESC) members spoke to, stated that whilst they had been included in the initial government consultations, they felt that the absence of a national strategy was a major obstacle in combating discrimination and the increasing risk of poverty faced by persons with disabilities in Portugal.

"Reforms are needed on how people receive their social benefits and on the way the disability assessment system works, especially the medical analysis which, as it stands, may be acting against UN guidelines. The assessment should be based on needs, not on the level of disabilities - this is the human rights approach."

Combating discrimination must begin with an inclusive education system and the statistics for Portugal are good. The inclusion of students with disabilities within the education system is 99%, with 86% receiving mainstream education.

However, it is difficult to achieve an inclusive system which does not provide students with disabilities with the support services they need, including therapeutic support, which sadly was cut by half from 2015-2016 and continues at this rate.

Consideration and measures also must be devoted to addressing the gender gap among students, where girls receive less support than boys and girls with disabilities are less present in schools.

The culmination of poor educational attainment results, in findings from The Disability and Human Rights Observatory, shows that 18% of the Portuguese population aged five or over declared severe difficulty in achieving six pre-established daily tasks, but this increases to 50% for people over 65.

Job promotion measures have supported mainstream individuals, and people with disabilities have gained from short-term programmes such as internships and apprenticeships, but for long-term employment opportunities there is a severe negative trend.

The private sector employs only 0.5% of people with disabilities and the public sector only 2.3%, despite targeted objectives of 2% and 5% respectively. Low work intensity results in low income (24.8%), the consequences of which are a high risk of poverty and social exclusion, which is greater for people with severe disabilities (36.5%).

The Portuguese government has high expectations of its social inclusion benefit as a solution to some of the challenges faced by persons with disabilities, but ultimately effective implementation will be the key and some concern was raised by many of the civil society organisations.

Access to the benefits requires a minimum of 60% incapacity, based on a medical assessment - this itself is carried out on the basis of a contentious table of established physical disabilities, discriminating against intellectual disabilities.

The benefit is awarded on a sliding scale according to the percentage of disability above 60%. Further barriers occur as the distribution of funds is problematic for many individuals due to the banking system in Portugal.

Despite all the challenges, enlightening and dedicated work has been carried out by many NGOs, such as Novamente, the APD (Portuguese Association for the Disabled), CNOD (Portuguese Confederation of Disabled People), ECDC Sintra, the Liga Foundation and the Association for Study and Psychosocial Integration). Much of the work is carried out on a voluntary basis or with very limited funds, and there is a desperate need for additional funding for such organisations which implement community initiatives.

"Accessibility and awareness-raising regarding the challenges faced by persons with disabilities in Portugal still has a long way to go. Here, the European Union and the Portuguese government could ensure more efficient dissemination of funds and more relevant and targeted programmes to address those most marginalised in society," said Ms Petraitiene from the Permanent Study Group on Disability rights.