Gun Control: Why It's Important to Protect Schools and Colleges from Firearms

Gun control is a topic that is highly debatable around the world. However, the debate is not as fierce and fiery as it is in the United States.

Of all the countries in the developing world, the United States is first when it comes to crimes and murders with firearms. The fact that people can own firearms without having their background or mental health state checked leads to some heinous crimes and events. And not even all of them reach the mainstream media, as most would expect.

So, why is it important to protect schools and colleges from firearms?

The United States and Gun Control

Being a citizen of the United States and living there comes with a lot of opportunities. And one of these, granted by the Second Amendment, is the right to have firearms. Even though until about 30 years ago, the Court said that only those who are part of the militia can do this, things have changed drastically. In famous cases, such as District of Columbia versus Heller in 2008, it was the first time when the Court said that citizens could possess guns. Why? To help them protect from attackers, so for self-defense. However, over the years, things got pretty nasty and out of control. There are more guns in the United States than people, which should come as a staggering wake-up call.

This is a very controversial issue, especially in this country. As more and more people have easy access to firearms, a lot of other people choose to have one because they have no other choices. As the frequency of mass murders and homicides is raising, a lot of Americans say they feel safer in their homes with a gun. 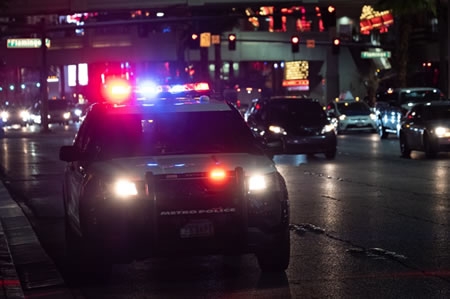 The Importance of Protecting Schools and Colleges from Firearms

The easy access everyone has to firearms should be a wake-up call. If this is not, then all the mass murders and shootings that happened on college campuses and schools should be an alarm. Gun control is a topic that is discussed within universities too, not only among the college staff but among students too. You can see gun control essay and find out more about the arguments of both parties. You can find gun control essays online, where you can learn about attacks and their consequences. Because when an event of this kind happens in an educational institution, you cannot say it is without consequences. Check essay samples about gun control and find out more about how students feel insecure and unsafe on school grounds.

If you take a look at the latest news regarding shooting on the territory of the United States, you will be flooded. Essays on gun control highlight the most heinous of them, but they are happening almost daily. And in many cases, schools and colleges are the places where they take place. In 2022, there are already 198 mass shootings that happened in the United States. The most recent of them took place in a supermarket and was racially motivated. More and more younger individuals have access to firearms and decide to take justice in their own arms. But this leads to the death of innocent people.

It is crucial to protect schools and colleges from firearms. Students should feel safe in an environment where they should develop their skills and expand their knowledge. Access to guns on the schools’ grounds should be prohibited and students should be checked carefully.

Due to the coronavirus pandemic but a lot of other events that take place and affect the quality of life, people might become mentally unstable. The world is developing at an alarming rate and keeping up with the demands of the job, families, and society can be burdensome. Encouraging students to develop healthy communication patterns could help decrease the number of attacks. But when the entire population has access to guns, it is challenging to establish a policy that works. As each state can make laws on gun control more strict or looser, the rate of attacks changes. What it’s clear is that where gun control laws are relaxed, the rate of gun control deaths is just going up.

Gun control is a controversial and debatable topic, especially in the United States where there are more guns than people in the country. Easy access to firearms leads to some heinous mass shootings and crimes. A lot of them happen on the school grounds, which raises, even more, the importance of protecting colleges and schools from firearms. Students should feel and be safe in an environment where they come to learn and expand their knowledge.

Bio lines: Cory Shilling is a journalist and content writer. He loves taking a look at topics that are controversial around the world. Cory is into politics, technology, and history.