Looking back on 2014, people living in Portugal should have a lot to feel positive about. For a small country with a relatively small population, Portugal, and the Algarve region in particular, knows how to get itself noticed.

Population wise, Portugal is relatively small too. It has just 10.5 million inhabitants, 500,000 of whom are lucky enough to live within the Algarve’s 4,997 km2. That’s quite staggering when you consider that England’s capital city, London, houses 8.4 million people in just 1,577 km2; that calculates to 5,344 people for every 10 km2, compared to 99 people for each 10 km2 in the Algarve.

But, when it comes to getting noticed, size clearly isn’t everything. Portugal, and the Algarve in particular, has certainly earned its fair share of recognition in 2014.

Off to a swinging start 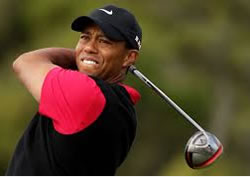 In November 2013, the Association of Golf Tour Operators (IAGTO) elected the Algarve as the European Golf Destination of the Year 2014. Quite an accolade considering more than 500 golf tour operators voted in the awards.
The Algarve has 39 beautiful golf courses and is one of the top golfing destinations in the world. This year, the Oceânico Victoria Course in Vilamoura played host to the Portugal Masters and has been confirmed as the venue for the 2015 competition.

Best value holiday destination
There was more good news for the Algarve at the start of 2014, this time for the tourist industry, when the UK’s Mail Online reported that the region was one of the best places in the world to ensure a value-for-money break. The news article detailed the results of a survey, carried out by Britain’s Post Office, which looked at 44 popular holiday spots to find out where British tourists could get more for their money in 2014. The Algarve came in at number one in Europe and number two in the world.

82 Blue Flags flying
No less than 82 of the Algarve’s beaches and marinas were awarded the prestigious Blue Flag for the 2014 season, 13 more than in 2013! This means that they all met the stringent criteria set by the Blue Flag programme, which includes good water quality, environmental management, safety and services, and environmental education. Many of the Algarve’s Blue Flag beaches were also commended for providing good access and provisions for people with reduced mobility. 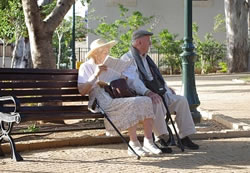 Best place in the world to retire
In June this year, Kathleen Peddicord of Live and Invest Overseas, revealed the results of their 2014 Retire Overseas Index, which received coverage by media worldwide, including highly regarded internet resource Forbes. The Retire Overseas Index is based on the findings of Live and Invest Overseas’ annual survey, that rates and ranks the 21 destinations worldwide believed to offer the best current options for the would-be retiree overseas. The survey considers factors including healthcare, cost of living, taxes, entertainment and existing expat community.

The Algarve topped the rankings, beating other popular retirement destinations including Cuenca in Ecuador, Malaysia’s George Town and Chiang Mai, Thailand.
The Huffington Post headlined the story ‘Europe’s Best-Known Retirement Secret’ and referred to the Algarve as ‘Europe’s newest tax haven’, praising the region for its beaches and golf courses, and for providing the lowest cost of living in Western Europe. The Algarve was also applauded for having some of Europe's friendliest people.

Nine gongs for quality accommodation
The Algarve scooped no less than nine Gongs in the World Travel Awards this year. Results of the Awards received media coverage in Portugal and worldwide.

Voting for the Awards - dubbed the ‘Oscars of the travel industry’ - is cast online by people all over the world, including thousands of travel and tourism professionals. The number of Algarve hotels and resorts that received a prize is a reflection of the quality of visitor accommodation offered in the region. Among the 2014 winners was Vilalara Thalassa Resort in Armação de Pêra, which was voted Portugal’s Leading Spa Resort. Martinhal Beach and Resort Hotel in Sagres was awarded Europe’s Leading Villa Resort and the Vila Joya Resort in Albufeira took the title of Europe’s Leading Boutique Hotel.

Top nosh
As well as being crowned the Leading Boutique Hotel title in the 2014 travel awards, Vila Joya’s restaurant is listed in the Michelin Guide to Spain and Portugal 2015, alongside four other Algarve restaurants which have been awarded Michelin stars for their gastronomical excellence. What’s more, the Vila Joya is listed in the top 50 best restaurants in the world – that’s some accolade!

Bumper August for the Algarve
“On Portugal’s Algarve coast, holidaymakers are back with a vengeance.” said The Sunday Times at the beginning of August. And they were right!
Having reported a rise in tourism in the first half of the year, earning the state €238 million (up nearly 14% on 2013), in October, the Portugal News went on to describe August as a ‘bumper month’ for the region. A 16.3% increase in the number of visitors over August 2013 was heralded, with an overall increase in revenue of 14.8%; €160m.

Winning wines call for a toast
The great wines of Portugal are renowned the world over. This year, the country made it to third position for trophy wines (after France and Australia) when it scooped 12 trophies for Port, Madeira and other wines in the International Wine Challenge.

Algarve wines have become more widely recognised in recent years thanks to the skill and dedication of the region’s producers, and the perfect climate for the growing of vines of course! The team at Quinta dos Vales in Estômbar excelled themselves this year, winning The Best Wine of the Algarve title in the 2014 “7th Algarvean Wine Competition” held at the FATACIL in Lagoa this August. They went on to achieve further recognition in October when they won the FIJEV 2014 Trophy for the best red wine, in a competition held during the VINIPAX 2014 in Beja. 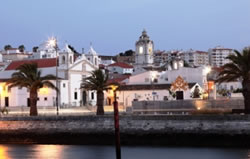 Top tourist attraction
The Epoch Times, which is published in 25 languages and reaches people in 35 countries, wrote in October: “While Portugal might not be the richest country in Western Europe, what it has is a rich land with lively cities and plenty of attractions to see and enjoy” The report listed five top tourist attractions in Portugal, with the Algarve region at number three.

Economic recovery
With all the celebrations and razzmatazz of the awards ceremonies, it’s easy to lose sight of Portugal’s struggling financial system. But, there was encouraging news on
the country’s economic front too.

“The tide is turning,” declared The Sunday Times in their summer Portugal feature.
An upturn in the Portuguese property market and a rise in tourism this year were two of many signs that the country’s economy is on the road to recovery. A fall in unemployment and a rise in industrial production and strong export growth were among other indicators of a bright future for Portugal.

In fact October was reportedly the best month this year for Portuguese exports, generating €4.6 billion. Portugal’s National Institute of Statistics (INE) put the rise down to an increase in the export of vehicles and other transport equipment, mineral fuels and agricultural products. There was also a significant rise in the number of exports to countries outside the EU. 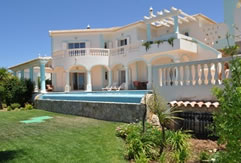 Positive trend in property market
As for the property market, Meravista.com announced a positive trend in the Algarve market in May this year. This was supported by several media reports which spoke of an improvement in the Portuguese market overall, helped by national and international buyers taking advantage of low prices, the generous tax benefits offered to expat residents and the Government’s Golden Visa incentive which has successfully attracted investors from non-EU countries.

Leading financial services company Deloitte described the country as: “one of the most affordable residential markets in Europe.” And, in July, digital newspaper The London Economic placed Portugal in the top three most affordable European property markets.

“The positivity within Portugal’s housing sector is being felt both domestically and further afield. The Algarve in particular is popular with foreign buyers, from investors to holiday home owners to expats.”
Journalist, The London Economic.

So, as we begin 2015 in the Algarve, another big plus is the weather. With plenty of sunshine and blue skies to take us through 2015, it’s hard to feel anything but positive.

Meravista is the world’s largest property portal devoted exclusively to the Algarve. It brings visitors the latest state-of-the art search technology, making it easy for them to find their perfect property in the Algarve.

Property buyers can search for their retirement Quinta in Tavira, luxury villa in Quinta do Lago, a second home in Lagos or a beachfront apartment in Vilamoura.

They can choose their favourite location on the map, select their desired criteria, and see the Algarve properties that fit the bill:

• View maps, listings and property details at the same time
• Choose from over 15000 Algarve properties
• Compare properties side by side
• Save favourite properties and searches