Panama papers: the power of the press

Portugal’s corrupt, tax-evading, money-laundering politicians, administrators and businesses this week suddenly found themselves in distinguished international company, ranging from the presidents of Russia, China and Ukraine and the kings of Saudi Arabia and Morocco, to international stars of sports and entertainment.

All praise to the hard, honest work done by the International Consortium of Investigative Journalists in exposing 11.5 million files, 140 politicians from more than 50 countries and offshore companies in 21 tax havens. ‎It may be only a matter of time before it is revealed that Vladimir Putin, José Sócrates and others have been taking greed-enhancing drugs.

Terminal talk
It’s not only Donald Trump who’s been going round in circles on abortion. His gaffe that women who undergo an abortion should be punished was reminiscent of the law of the land in Portugal until less than a decade ago. Women here faced up to three years in prison, except in cases of rape or if the health of the mother or foetus was in danger. Trump quickly changed tack.

So did Portugal after a 2007 referendum that overturned staunch pro-life support from the Catholic Church. Women were given the legal right to an abortion paid for by the state up to 10 weeks into a pregnancy. Last year, amid cries of ‘shame!’ from women’s rights activists, the Portuguese parliament introduced fees for abortions and a legal requirement that women get psychological and social counselling and advice on family planning before ending a pregnancy. A long gone journalist once remark: “Curses on the law! Most of my fellow citizens are the sorry consequences of uncommitted abortions.”

Silence in Spain
British expats in Portugal are not allowed to vote in general elections but that doesn’t stop many of them castigating the Portuguese government in the local English-language media. Apparently there is a severe shortage of such people over in Spain.

A columnist in last week’s edition of the Euro Weekly News, Spain’s largest free local paper that boasts a readership of more than half a million each week, was moved to write: “I find it quite strange that we have so little reaction from readers about the current state of the Spanish government and the fact that it seems impossible for any party to form a stable relationship. We may not be able to elect the government but we have elected to live in Spain, and whatever decision is made over the next few months will have an ongoing effect on the lives of each and every expatriate living here”. The article concluded with what sounded like a desperate plea: “It is true that the individual can’t alter things but surely someone, somewhere must have an opinion to share with the rest of us on the current state of the government.” Can anyone this side of the border help out please?

Historic news
The main headlines in Portugal and across much of the Western world in the first week of April 1949 hailed the founding of the North Atlantic Treaty Organisation (NATO). Portugal was one of the 12 original signatories in Washington. President Truman spoke of “a shield against aggression” that “will protect this area against war.” So far, so good.... Well not quite.
Wild art

The Portuguese street artist Bordalo II has struck again, this time by upgrading from a huge lynx to a giant wolf. According to Street Art News, a web magazine with what it calls “obsessive” daily coverage of everything new in the world of graffiti, Portugal’s equivalent of Banksy unveiled his latest masterpiece within two days of scavenging garbage sites and abandoned houses in Fundão, near Castelo Branco.

This came shortly after his 3D depiction of a lynx in Viseu. It might be tempting but it would be quite wrong for art connoisseurs to just dismiss Bordalo II’s new work as rubbish. 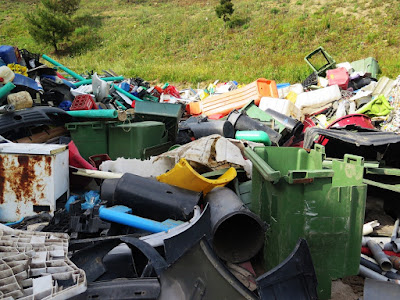 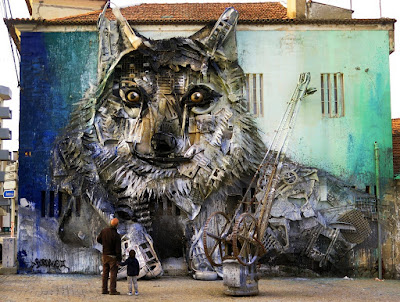 Information or suggestions to develop further reports on any topics are always welcome. Please email me direct: lenport@gmail.com

Sensible comments on already posted stories are welcome too. All comments will be monitored. Comments that contain defamatory or abusive remarks will not be published.

An in-depth look at one of modern Christianity’s most intriguing series of events.

People in a Place Apart

A review of outstanding cultures and characters in the Algarve from the dawn of history to the present day.

+1 #2 Rui Ventura 2016-04-10 09:21
If this "incredible story" was assumptions and lies surely the rich and powerful people named would sue and prove that their actions were legal in a court of law, thereby enabling the ordinary citizen, i.e. (taxpayers) to hear the truth, however, I think as proved by the resignation of the Icelandic Prime Minister, this is far more than journalists looking for scandal just to sell newspapers.
+1 #1 Guido 2016-04-06 19:00
Scandals sells well. For that reason some journalists are permanentely looking after "incredible stories". And the more sensational their story is... the better the neswpapers will sell. Unfortunately in these kind of "huge stories" there is an extremely thin line between facts and assumptions and lies.
Refresh comments list