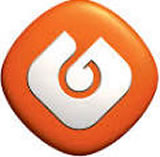 An exploratory borehole, first scheduled to be sunk in 2016 has been pushed back to 2018, according to Galp Oil’s chief executive, Thore Kristiansen.

On January 26th, environmental organisation ASMAA discovered that the Direção-Geral de Recursos Naturais, Segurança e Serviços Marítimos (DGRM) has signed a licence for the Galp-ENI consortium on January 11, 2017 to drill in the Alentejo Basin.

The Galp-ENI consortium had planned to drill the hole in 2016, but ended up suspending the operation and then applied for and received the licence to drill anytime from January 10th, 2016 to the same date in 2019.

"We are going to be drilling in Portugal for the first time next year, in what will be the first deepwater well in the country," said Kristiansen on Tuesday, February 21st at the Capital Markets Day in London.

Kristiansen reiterated that the initial sea depth will be 1,070 meters, and that the hole will be between 2,500 meters and 3,000 meters, 46.5 kilometers off Aljezur in the Alentejo basin.

Galp-ENI must send to the DGRM and the Directorate-General of Maritime Authority (DGAM) the schedule of work up to 10 days before the start of the drilling operation.

Galp canceled its planned borehole in 2016 after the Directorate General of Natural Resources, Safety and Marine Services extended the flawed public consultation period by over a month.

This postponement pushed the company into a later drilling date and, with the weather closing in, it decided to postpone until spring 2017.

This latest delay is good news for anti-oil campaign organisation, ASMAA, which on Tuesday presented a legal action at the Attorney General's Office requesting an immediate halt to offshore oil and gas drilling in the Alentejo basin and for the cancellation of the Galp-ENI licence for the Santola exploration block.

The organisation’s court petition denounces “numerous illegalities in the concession procedures for the exploration, research, development and production of oil and gas, in particular the Santola contract between the Portuguese State and the ENI-GALP consortium,” and that "The final TUPEM drilling licence was issued without an environmental impact assessment and with only 10 days notice."

ASMAA says there are illegalities in the Santola contract, "including substantial changes to the contract through illicit additions, tax fraud and gross management of surface rental income, no counterparts for the Portuguese State, gross negligence due to a lack of economic and environmental impact studies and no cost-benefit analysis."

Galp’s delay may be related to its own exploration schedule, cut back due to the low oil price, but the company certainly will be aware of the ASMAA court action which could end the consortium’s plans for drilling and extracting oil off Portugal’s coastline.

"I'm taking Mr. Kristiansen comment with a large pinch of salt, after all, this is the same organisation that said last year that they would not be drilling. We need to keep in mind that all they have to do in accordance with licence is to give 10-days notice of intent. We not buying it ... nice try!"

Seabra's caution is justified as Carlos Gomes da Silva, the executive president of Galp, said today that the drillling will go ahead in 2017, and that the final decision has to be made in the coming months, before April.

Regarding the activities of the anti-oil campaigners and associations, local mayors and business groups, Gomes da Silva said the drilling will allow the consortium to better understand the seabed and what lies beneath, not only in terms of energy resources, but also biodiversity.

"A country that does not know its potential does not develop," said the oil man, adding that these oil resources research projects have a success rate of less than 20%, and only if resources are found do they have a commercial value - an assessment highly dependent on the price of oil and natural gas - and the operators move forward with the decision to start extraction.

+4 #2 Maximillian 2017-02-21 16:48
They won't let go of their 'goodie'. Just wait until the storm has passed and the 'sheeple have gone back to sleep'. Too bad that times have changed where citizens voice their opinion and fight for their rights.