Oldest human skull in Portugal to go on display in Lisbon

A 400,000-year-old fossilised human skull was found in the Aroeira cave in Torres Novas, Santarém, by an international team of archaeologists, led by João Zilhão.

The archaeologists spotted the skull in 2014 as they surveyed the extensive cave system. After years of careful work and analysis, the team has presented its findings in this week's issue of the US National Academy of Sciences’s newsletter.

"It is the oldest such fossil found in Portuguese territory and one of the oldest in Europe," according to João Zilhão who added that nobody has ever found a mid-Pleistocene human fossil in such a westerly part of Europe.

The archaeologist said the international interest generated by the find is that the Middle Pleistocene hominin cranium is accurately dated and has become a reference point for interpreting other fossils that are harder to date."

During the period, from 2.5 million years ago to 11,500 years ago, there were "very diverse populations, markedly different to any human population today, coexisting but not belonging to any single species," said Zilhão.

The excavations in the cave system where this skull was found will continue because "it makes sense to try to find more material as parts of the skull and other skeletal remains are missing."

Out ancestor is "halfway between homo erectus, which appeared in Africa between 1.5 million and 2 million years ago and Neanderthals."

The cave system "has the potential, due to its geological conditions, to contain remains from all the periods of the last half a million years."

The team also found remains of animals and stone tools, such as axes along with remains from fires.

The skull fossil was found and removed for testing in 2014. It was embedded in a single block of sediment and was taken to a research center in Madrid, where specialists were able to separate it after painstaking work.

"The ‘Skull of Aroeira’ is the oldest human fossil ever found in Portugal and shares some characteristics with other fossils of this period discovered in Spain, France and Italy," said the noted archaeologist Ralf Quam of the University of North America in Binghamton in upstate New York.

Quam said the Iberian Peninsula is a crucial region for our understand of the origin and evolution of Neanderthal man, the branch of human evolution that died out about 40,000 years ago.

The ‘Skull of Aroeira’ will be the centrepiece of an exhibition that opens in October at the National Archaeological Museum in Lisbon. 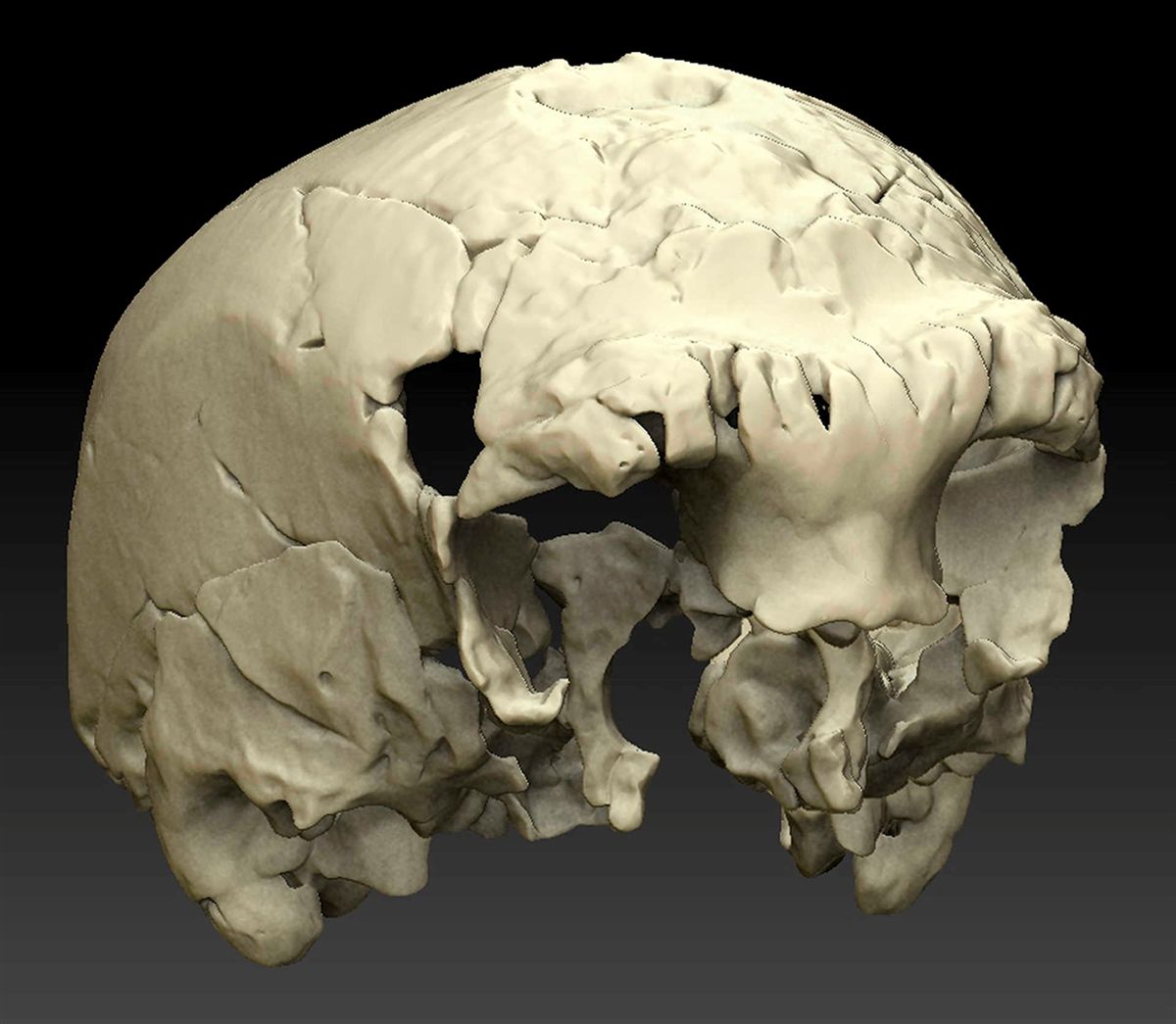