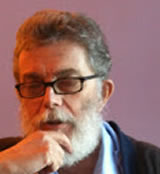 Lee Mackenzie, author of a book published this week called The Charming Predator, is hoping to flush out the notorious, international conman Kenner Elias Jones, her former husband. He was last reported to the police while seeking political asylum in Sweden, writes Len Port

Originally from Caernarfon in Wales, Jones absconded from a trial in Lewes Crown Court in Sussex, England, in 2003. He has been at large ever since, continuing a career of theft, deception and fraud.

Jones has been deported from both Canada and the United States. A senior immigration officer in America described him as “the best conman I have ever encountered in my entire career.”

He is wanted in Kenya. allegedly for unpaid debts of more than $100,000 after running his own charity for seven years, posing as a doctor. He also conducted church services, claiming to be a priest.

Back in Europe he continued on his wicked way across the Netherlands, Belgium, Portugal and Spain, apparently undeterred by having previously racked up more than 60 convictions over a period of four decades.

BBC Wales tracked him down and filmed him in Lisbon, but ‘Conman Ken’, as the BBC dubbed him, refused to answer accusations of defrauding individuals, businesses and institutions.

A travel agent in the town of Palmela near Lisbon said he persuaded her to hand over €2,500 worth of travel tickets and then disappeared without paying for them.

But his deceptions in Portugal were minor compared with his activities elsewhere.

In southwest Spain he spent six weeks having medical checks in a district hospital only to leave in apparent good health without paying a bill of some €26,000.

Two years ago a man in Malmo reported Jones to the Swedish police because of suspicious money transfers and after researching the Welshman’s background on the internet. The Swedish police declined to investigate. Meanwhile, Jones was seeking political asylum in the country as a refugee from Kenya.

The Canadian author Lee Mackenzie has written an account of how she met, fell in love with and married Jones only to find out too late about his true character.

As a young, unworldly woman from a small, trusting community on Canada’s west coast she fell victim to a sociopath regarded by all who met him as highly intelligent and charming. But he went on to shatter her emotionally, psychologically and financially.

“After storing all the memories away in a cardboard box for decades,” says Mackenzie, “I finally opened it and looked inside. Not long after that I connected with an editor who challenged me to write my story. I love a challenge.”

Mackenzie admits that even after a long passage of time, sifting through the story was difficult. “It was certainly a journey into the past,” she says.

“And along with remembering the damage Kenner had done, I also had to face my own part in the story. It was embarrassing, humiliating to see how easily I had been duped. I see now how I simply wanted to make my marriage and my life a happy one. I had to heal and forgive myself. That’s part of the story too.”

A former CBC radio and television journalist, Mackenzie is now a professional artist as well as a member of the administrative staff at her local detachment of the Royal Canadian Mounted Police.

Since her ex-husband’s last sightings in Spain and Sweden she has been trying to locate him via the internet.

With the publication of her book she plans to step up her efforts and has launched a website with a page called “Where’s Kenner?” www.thecharmingpredator.com.

The Charming Predator has been published by Penguin Random House:

A CBC interview with the author on the subject of deception can be heard here: 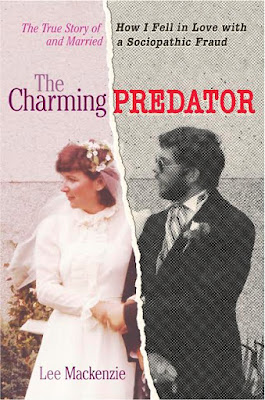 0 #2 Oliver P 2017-09-04 21:04
This man is an embarrassment to the Establishment and they don't want him caught. The home office employed him as a staff member at HMP The Verne, even though his criminal record was known about, and not so long ago I saw him strolling along Park Lane without a care in the world. Meanwhile he leaves victims all over the place and has no place for conscience or empathy. I don't know about this ex-wife of his, but what about that poor blind woman he married on Portland. What happened to her, I wonder? She probably took her own life after he'd finished with her. All the senior staff and governors at HMP The Verne knew what was going on, but they let him have his own set of keys and turned a blind eye to his activities.
0 #1 Steve.O 2017-04-19 19:07
With all this endless travelling and small scale trickery this guy is clearly looking for a reason for living. Raison d'etre as Le Pens crowd would have it.

Why doesn't Kenner, or whatever he calls himself nowadays stop playing around with childish party time jokes? If he really is that good, get serious and start mixing it with the big boys. The acknowledged experts who rate each other by the millions of euros they have pilfered from the Portuguese State - go on Kenner; become a Portuguese Politician.
Refresh comments list