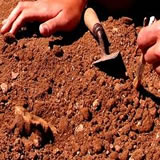 The Roman city of Balsa, in the eastern Algarve's Luz de Tavira, at last is being professionally investigated by a team of architects under Tiago Miguel Fraga from the specialist company, Archaeofactory.

Alexandra Rodrigues Gonçalves, the Algarve’s Regional Director of Culture, explained to Sul Informaçao that "geophysical detection has already been carried out and this now is the second phase of the work, which involves digging and excavation".

The urgent need to protect the site and commission archaeological work came to the fore in November 2015 when a Spanish fruit company started to install greenhouses on land at Quinta da Torre d'Aires, without authorisation from the CCDR-Algarve or from the Regional Directorate of Culture. The manager, Ignacio Márquez, offered the feeble excuse that no one had informed the Spanish company that the project had to be approved by more than one entity.

Questions remain over the decision by the director of the Ria Formosa Natural Park, Valentina Calixto, who said the fruit-growing business could go ahead with its plans.

Previous owners of the private farm land systematically have destroyed many of the archaeological remains as there had been no concerted effort from the government’s many agencies to protect the site.

In 1991 a small part of the overall area was declared a ‘Bem Cultural Imóvel de Interesse Público’ and in 2011 a small Special Protection Zone was created in a weak effort to halt further damage caused by invasive agricultural practices.

Then, in 2015, the construction of greenhouses and installation of irrigation systems by the Spanish company, Surexport, drew complaints from residents and the authorities called a halt to the work that had involved digging and moving significant amounts of earth, thus damaging Roman remains.

The Culture Directorate for the Algarve sent a petition to the government to commission archaeological work and Surexpo allowed a specialist archaeological team on site to carry out essential preventive work.

In July 2016, Surexport requested authorisation to install greenhouses in the Special Protection Zone to the north of the archaeological area. The Culture Directorate said ‘yes’ to Surexport as there had been no trace of Roman remains in that particular area despite it being in the only area the government had bothered to protect.

Agricultural work remained on hold and the current archaeological work aims to investigate what lies beneath the soil and to protect the extensive remains of the city of Balsa, the most important port in the Algarve during the Roman occupation.

The current detailed study, when completed, aims to elevate Balsa to full national protection status with the plan that the public one day will be able to view appreciate the remains which have been saved from being further damaged by inappropriate farming techniques. 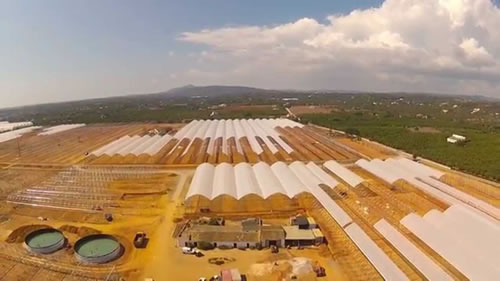