Portugal’s ecological footprint has increased by 73% 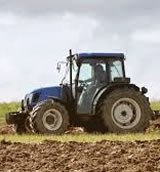 The average ecological footprint of each person resident in Portugal, this is the consumption of natural resources and nature's capacity to replenish, increased by 73% between 1961 and 2013.

The renewal capacity, or ‘biocapacity’, measures the amount of biologically productive area available to offset consumption.

Based on data from the Global Footprint Network, if all countries had the same ecological footprint as Portugal, "it would take 2.3 planets" to respond to current consumption levels, according to the analysis released by Portugal’s environment organisation, Zero.

The country's ecological deficit steadily increased until the early 2000s, but has declined since 2006. This "is due to both a high degree of dependence on resources and external biocapacity and the overuse of local resources", sums up the association, led by Francisco Ferreira.

"With a 73% increase, we are the country with the 9th highest footprint in the Mediterranean but the 6th lowest in the European Union" as measured from 1961, says Zero.

The work to understand how Portugal uses the natural resources of the biosphere, shows that increases in food consumption and mobility are the most important human activities in Portugal that need to be addressed if balance is to be restored.

This ‘ecological footprint,’ Zero explains, has become an increasingly used measure to highlight the importance of a country’s natural capital and is used in sustainability studies to assess the human needs for renewable and essential services compared to the ecosystem's ability to provide.

In the 26 EU countries surveyed, the ones with the highest incomes have the greatest demand for resources, which increases their ecological footprint, Zero says, explaining that the carbon footprint component is the main contributor in practically all the countries analysed.