Several environmental organisations have called on the Portuguese Government to take a stand against deep-sea mining, saying that the prospects for profit, simply do not justify the environmental damage such destructive mining techniques cause.

Monica Verbeek from 'Seas at Risk,' to which several Portuguese environmental organisations now belong, said the government should proceed with caution at the annual International Seabed Authority conference from August 7th to 18th.

The organisations say that Portugal should have as priorities "the defence and protection of the deep sea environment," and they want to see a suspension of all exploration and mining for minerals and ores.

The riches are tempting despite the cost of recovery from the ocean floor with copper, titanium, manganese, gold and other pricey minerals lying on the seabed.

"Portugal is the only country in Europe that is contemplating mining in its territorial waters," said Verbeek, who points to the "deep concern" of environmental organisations that are defending the biodiversity of the seabed.

Monika Verbeek said that if Portugal is intent on changing its model to a circular economy based on recycling and lowering primary consumption, as the government and the Ministry of the Environment say it is, "it is not necessary to destroy the seabed to access minerals."

"We want Portugal to be at the forefront of sustainable development," said Verbeek who has the backing of Portuguese non-governmental organisations including Quercus, Geota and Liga de Proteção da Natureza.

Nautilus Minerals, a company based in Canada, now is working off the coast of Papua New Guinea on a project to mine gold and copper from a ridge about 1,500 metres under water.

Company executives say the project has passed environmental impact assessments and that their project is friendlier to the Earth than other mining operations because the ore is so rich they can get more of it by disturbing less of the soil.

Scientists point out that much remains unknown about the impact of underwater mining on the marine environment.

In the case of mining at mineral-rich ocean vents, some animals may live only in that area, and a single mining operation could wipe out an entire species. Vacuuming up nodules and underwater strip mining both will kick up potentially toxic plumes of ultra-fine sand that could travel hundreds of miles through parts of an ocean that has remained undisturbed for thousands of years.

Nautilus also wants to mine the seabed off the Açores and has been in talks with the Portuguese government since 2008 over licensing arrangements and aimed to start exploration in 2017.

This licensing process was held up by the creation of the Açores Marine Park in 2011 which forced Nautilus, a Canadian company, to reformulate its proposal. No agreement has yet been reached with regional or national authorities.

In September 2016, Portugal Minister for the Sea, Ana Paula Vitorino, defended the exploration of deep sea mining and said nautilus should be ready to start its exploration off the Açores in 2017.

The government realises this is a highly controversial licensing agreement and will try to keep a lid on announcing the deal until after the October 2st local elections. More evidence of the government's intentions may come out at the August conference as Vitorino is notoriously loose-tongued when trying to impress her corporate chums.

Lisa Levin, a deep sea expert at Scripps Institute of Oceanography in San Diego, California, said of these new wave mining companies, "They’re going into new environments with a lot of environmental impacts. We are going to lose stuff before we ever discover it."

This is what the mining companies are relying on. Not content with the environmental damage they cause on land, what happens under the sea is largely 'out of sight, out of mind,' a maxim that they are relying on in the pursuit of satisfying significant shareholders.

These are MB Holding Company LLC (27%), an Omani conglomerate with interests in oil and gas exploration and production, oilfield services, engineering and mining. The other is Metalloinvest Holding (Cyprus) Limited (15%), which is a subsidiary of the Metalloinvest Management Company.

Metalloinvest is a massive Russian conglomerate built on iron ore and is majority-owned by Russian billionaire, Alisher Usmanov.

Artem Toropov, a senior associate at Goltsblat commented, "Cyprus-based entities allow the oligarchs to benefit from lower tax rates available under the double-tax avoidance treaty signed by Cyprus and Russia in 1998. Cyprus also caps taxation of dividends paid from Russia at 5% and allows tax-free cash transfers to the British Virgin Islands."

It remains to be seen if a deal secretly has been signed between Portugal and Nautilus. If the financial details are anything like those in Portugal's oil concession deals, Nautilus will be vacuuming away to Portugal's environmental disbenefit while profits flow through tax-efficient structures to the ultimate benefit of Omani and Russian shareholders. 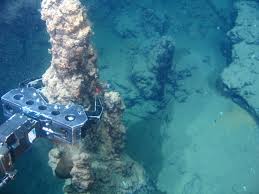