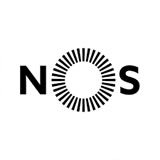 Telecommunications operator NOS has confirmed the payment of air travel to China in June 2015 for five of its employees and "nine external guests," adding that it was determining "the framework of this payment."

In a statement sent to newsrooms on Monday, NOS "confirms that in June 2015, company employees participated in a work trip to Zhang Zhou and Shenzehen, whose sole purpose was to share knowledge and best practices in the health field."

In the note, the telecommunications operator "confirms the existence of payment for air travel for a total of 14 people, 5 of whom are employees of the company."

According to the company, "the scope of this payment is still being determined," since the internal rules in the operator "do not provide for the possibility of the company to bear, even partially, travel costs other than for its own employees."

"In view of this, and in the light of the public information, the Executive Committee of NOS promptly decided to establish internally the framework and detail of a possible involvement of the company in this trip," added the statement released today.

NOS, where Isabel dos Santos is a major shareholder, argues that "the organisation of work visits with guests whose functions are related to the objective of sharing knowledge, skills and technological development plans, is a common and lawful business practice."

The trip, the company claimed, included "a visit to the Zhang Zhou hospital, considered an international benchmark, and to Huawei's headquarters in Shenzhen, where several workshops on the latest technological innovations in the health sector were organised."

The company's explanations come on the same day that telecoms manufacturer Huawei, earlier thought to have paid for the trips, said that the company "did not pay for any person involved in this case to fly to China."

The Ministry of Health issued a statement saying that leaders of the Shared Services of the Ministry of Health (SPMS), "in particular" the chairman and member of the Board of Directors, offered their resignations, but the Ministry agreed to wait for the conclusions of the inquiry that has been requested from the General Inspection of Health Activities (IGAS).

The Ministry said that it registered "as positive" the attitude taken by the leaders to make their posts available, but considered it appropriate to wait for the conclusions of IGAS, which "will enable a final, fair and informed decision."

In effect are "facts that occurred in June 2015" and that, according to the ministry, "need clarification in their ethical, legal and institutional context."

According to the Expresso, the trip was between June 2 and June 6, 2015, involving five Ministry of Health managers. In February of the same year, another prominent official, Carlos Santos of the Tax Authority, traveled to China on an all expenses paid trip. The trip included a visit to the Zheng Zhou Hospital to observe how the unit's telemedicine system works and another to the technology headquarters in Shenzhen, near Hong Kong.

SPMS confirmed to the newspaper the trip was "supported by the entity that organised the visit", justifying it with "priority objectives" to acquire and share knowledge about "the resources, models and differentiating strategies used in telemedicine."

Since the trip that cost around €12,500, NOS has received more than €408,000 in health service contracts, most of these being awarded without competitive bids.