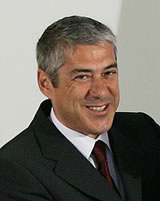 Swift as ever to defend his good name, the former Prime Minister, José Sócrates has reacted to news that the Public Ministry has ordered several properties to be seized, considering them still to be property controlled by him.

"This attitude of the Public Prosecution is a shame," said Sócrates, while criticising Operation Marquês and accusing the prosecutor of "abuse of power."

José Sócrates assured the gentlemen of the press this weekend that the properties listed by the Public Prosecutor's Office were never his, “The seizure of this real estate has no basis, except to mask the emptiness of this process."

The team from the Central Department of Investigation and Criminal Action, which is investigating José Sócrates, ordered the seizure of several properties, including three apartments sold by Socrates’ mother to the businessman Carlos Santos Silva, and a 200m2 apartment in an exclusive area of Paris. The State claims the former PM owes €19.5 million in unpaid taxes and interest.

Silva also is indicted in Operation Marquês for corruption and money laundering and is seen by the prosecution as Sócrates’ right-hand-man who paid for an apartment in Braancamp, Lisbon and two in Cacém.

In addition, a country estate in Montemor-o-Novo also was seized by the State. This is lived in by Sócrates’ ex-wife but the ex-PM appears on the land registry as owner of the estate.

José Sócrates was also miffed that he heard about the seizures through the press, "I have never seen anyone anywhere in the world being notified by the media that their property is being seized.”

The prosecution justifies these seizures as it wants a guarantee that the State will receive compensation if Socrates is convicted, concluding that he has received more than €32 million in bribes, thinking it likely that he will be found guilty

Denying ever having held bank accounts in Switzerland, the former PM further accused the Public Ministry variously of violating the secrecy of justice, of shamelessly exhibiting power, of abuse of authority and of using indecent methods that call into question the respectability and prestige of the institution itself.

Charges are to be filed in October for those indicted in Operation Marquês. The deadline is in late November but the prosecution service has indicated that it now has enough evidence for prosecutions to go ahead.

0 #2 Dennis.P 2017-10-09 20:32
There seems to be two totally different forces at play here. One being the traditional Portuguese way of doing business. To gain and keep an advantage for your friends and family over competition by abusing power, corruption, misusing confidential information etc etc - everything that coincidentally the Don of Dons - Ricardo Salgardo is being formally accused of.
The other force being that, "although meaningless to us, we Portuguese can apply these 'White Man's Laws'". So this Socrates pantomime. That these laws are meaningless superbly illustrated by the 2008 anti-corruption Questionnaire distributed by the Corruption Commission to the entire Portuguese Public Service and most professions. Tens of thousands of Questionnaires sent out examining how seriously anti-corruption procedures are implemented. No meaningful results fed back. From any sector including Police and the Judiciary. Those from a few Municipals, their replies just doodled on.
0 #1 Plain Speaking 2017-10-09 19:16
Advice to JS. Become leader of a breakaway political grouping in the Algarve, convince 50,1% of the local electorate that they would be better off with him at the helm and declare independence from Portugal. Problem resolved
Refresh comments list