Portugal’s latest wheeze is to sell zero euro notes for €3.

The first zero-euro bills have been released and are said to be aimed at collectors and tourists - not at duping partially sighted people.

Portugal is not the first country to issue the zero-value notes, their printing and circulation was authorised by the European Central Bank earlier in October.

The Bank already has allowed Germany to issue its own version of the notes which are earning money for the state of Schleswig-Holstein which was quick off the mark.

The notes are printed in the same way as denomination notes, with the same holographic seal, watermarks, reliefs, safety filaments and serial numbers.

According to Benjamin Busch, the executive president of Euro Souvenir Portugal, around 10,000 zero-euro notes will be run off, "half of which already have been reserved by collectors."

After the sale of the first notes, the company will consider launching a new edition in January 2018, when it expects to sell a further 23,000.

Euro Souvenir Portugal's Benjamin Busch is a French businessman who is passionate about collecting and saw the opportunity for the ‘country's development.’

Note-collecting is one of the fastest-growing businesses in the souvenir sales to tourists and specialist collectors, according th Busch.

The idea was dreamt up by Richard Faille in France in 2015 and already has taken off in Spain, Germany, Belgium, Switzerland, the Netherlands and Austria.

Prices vary, the German notes are being sold at a mere €2.50. 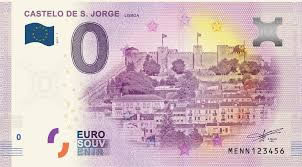