The Praia Grande Eco-Resort, planned to be constructed in countryside between Armação de Pêra and Galé, has been slammed by a group of environmental organisations which claim the project "is clearly oversized, illegal and destructive of the public heritage."

Millennium Bank has ended up as the owner of the project after property development companies Finalgarve and then Galilei, went bust.

The bank wants to shift the project to a new owner and appointed real estate agency CBRE, under head of development, Francisco Sottomayor, to punt the development to the highest bidder.

On Thursday, six environmental organisations confirmed that in a joint contribution they made during the public consultation phase, which ended last week, they demanded that the Environmental Compliance Report (RECAPE) covering the first phase of the ‘Praia Grande tourism mega-project’ be rejected.

The environmentalists consider that the Compliance Report "is incomplete in many ways and does not respond to several of the conditions legally imposed by the environmental impact assessment."

The organisations, Almargem, A Rocha, GEOTA, League for the Protection of Nature (LPN), Quercus and the Portuguese Society for the Study of Birds (SPEA), who all are members of the Friends of Salgados*, argue not only that the planned project clearly “is oversized, illegal and destructive of the public heritage” while lamenting the fact “that citizens have to be trying to stop this venture, and the permissiveness of central and regional authorities is almost immoral."

The Detail Plan of Praia Grande de Silves refers to a mega project covering more than 300 hectares, 3 hotels, 2 tourist villages, 4,000 beds, a golf course and a shopping area. It is located on the last section of undeveloped coastline in the central Algarve region, creating a buffer between the high-rises of Albufeira and Armação de Pêra.

The environmental groups and citizens are well aware that the project, that surprised many when it was granted approval by Silves council in 2012, can trace its roots back to the fraudulent management of BPN bank, owned by Sociedade Lusa de Negócios, of which Galilei SGPS was part and which in turn controlled Finalgarve SA, the company in charge of finding ways of persuading Silves council to approve the totally inappropriate development. Finalgarve's Chairman, Rui Meneses Ferreira, famously stated, "There are no questions here!"  at the end of the February 2013 presentation to the public of the Praia Grande Environmental Park, held in Silves library.

Amid local astonishment, the project was approved by Silves council under the deeply suspect Isabel Gomes. This approval, say the environmental groups, was contrary to the rules in the Regional Plan for Territorial Planning (PROT-Algarve).

The organisations, backed up by 34,184 members of the public who have signed an on-line petition to ‘Save Salgados,’ believe that the project "adds nothing new to the Algarve's tourism offer and will destroy the last natural area of ​​the coast of Silves."

The environmental organisations say that the site, although of great importance, can be used for a different sort of tourism that is “that is lighter in construction, full of nature, and more open to educational visits not one of the many destructive mistakes that have been committed so many times in the Algarve."

“Species and habitats protected by law can be found and the area also is one of the most visited places by birdwatchers and other nature lovers, in the Algarve.

"As for the Environmental Compliance Report, this does not comply with the Environmental Impact Statement for several reasons,” of which the six organisations highlight the most important ones, such as "the monitoring and mitigation measures presented are insufficient or not clear, including for future RECAPEs."  In addition, “the assessment of cumulative effects on fauna and flora is inadequate and incomplete.”

The report 'fails to present the relevant studies mentioned, making it impossible to consult and evaluate them, resulting in a problem of lack of reasoning.”

The organisations “hope that this Environmental Compliance Report will not be approved, and that the mega-project will not be allowed to move forward. They ha 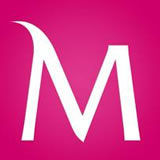 ve confidence that the Administrative and Fiscal Court of Loulé will pronounce at any moment, after a wait of more than two years for a decision, which they believe can only be for the annulment of the administrative acts that made the project feasible, (this period is nothing new for the court in Loulé which, like the rest of the country's judical system, has process delays measured in years, not months.)

“They also hope that the Silves Municipal Council will actively engage in the search for a project alternative that will not destroy the natural heritage and ecosystem which will leave Silves and the Algarve irreversibly damaged," concluded the associations.

In June this year, the Left Bloc reiterated its stance that “there is a special urgency over the planned project for Lagoa dos Salgados, between Silves and Albufeira, which despite being presented as ‘ecological,’ involves destroying one of the main saltwater wetlands on the coast south of the Tagus."

Local Left Bloc MP, João Vasconcelos, joined the Party in demanding that the Secretary of State for Spatial Planning and Conservation of Nature, Célia Ramos, appear at a special hearing to discuss the development in the Silves municipality - a council that now is united in its opposition under mayor Rosa Palma.

The Left Bloc wants to know how this project is viable when it is in a protected area and says the public interest needs to be safeguarded. Public opposition can be gauged by the Save Salgados petition, initiated by the local conservationist and birding expert Frank McClintock, which so far has gathered 34,133 signatures.

The Bloquistas were horrified that the sales pitch from real estate company CBRE, claimed that the resort "can move forward at any time," and have ledged support, although what this means in practical terms remains to be experienced.

As for the owner, MillenniumBPC, it's strategy is to ignore the serious damage the development will cause the Algarve if Salgados Praia Grande eco-Resort is allowed to go ahead, and ignore the public interest for short-term financial gain.

The Salgados Praia Grande eco-Resort project's ownership by Millenium BPC, rather than by a subsidiary of the rotten and corrupt BPN, offers zero additional comfort that a morally attuned management and set of shareholders will do anything other than push for yet another concrete and glass, 'me too' resort, to dig up the profit lying beneath this this untouched countryside area.

The preliminary findings of an investigation by the CMVM stock market authority alleged the existence of several off-shore companies which Millennium BCP could have used to buy its own shares when it increased its capital in 2000 and 2001.

The investigations were launched as a result of a complaint by a leading shareholder, José "Joe" Berardo, who owns 6.8% of the bank. He provided crime investigators with documents which, he alleged, showed that several offences had been committed.

On June 7, 2012, the bank was rescued by the Portuguese Government headed by Pedro Passos Coelho, through 3 billion euros in state funds it took from the country's IMF/EU bailout package. 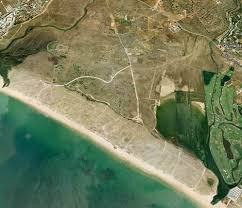 The Save Salgados petition is still open - click HERE

To see the resort promotional video and read the associated comments, click HERE

Firstly how did one company get to own such a large area of sea front land?
This is the last area of unspoilt accessible undeveloped beach that the locals can use without being completely swamped by tourists .
The greed of the corrupt must not be alowwed to ruin the last place in central Algarve that you can still enjoy a day on the beach in the summer . Portuguese people please shout loud and stand up and be counted before you loose it forever.

The Save Salgados petition is still open: https://secure.avaaz.org/en/petition/Save_Salgados_a_unique_internationally_recognized_birding_sanctuary_from_being_destroyed/
+6 #2 Grumpygrandad 2017-11-18 10:02
Firstly how did one company get to own such a large area of sea front land?
This is the last area of unspoilt accessible undeveloped beach that the locals can use without being completely swamped by tourists .
The greed of the corrupt must not be alowwed to ruin the last place in central Algarve that you can still enjoy a day on the beach in the summer . Portuguese people please shout loud and stand up and be counted before you loose it forever.
+3 #1 Peter Booker 2017-11-18 08:32
I imagine that the "lighter touch development" would be worth a great deal less to the bank. And if it is not sold for the development that Millennium has in mind, the bank will end up with a massive bad debt. One way or another, we shall all have our fingers burned.
Refresh comments list