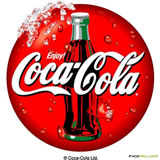 A year after the ‘sugar tax’ was imposed on soft drinks and juices, the industry claims that sales have fallen by 5% and retail prices of targeted products have risen 25% to 30%.
Last year’s State Budget predicted a tax contribution from the sector of an additional €80 million to be credited to the national health service - the final amount was €69.63 million.
The drinks industry association says the sugar tax has increased illegal imports and calls for exemptions for its members' ‘light’ and ‘zero’ drink categories.
Probeb ​, the Portuguese Association of Refreshing Non Alcoholic Beverages, notes that, for those drinks with added sugar or other sweeteners, the new tax has increased competition from companies producing soft drinks not covered by the tax, competition from cheaper ‘own brand’ drinks and competition from "illicit imports from Spain."
"There was an increase of 25% to 30% in the retail price, which has a very significant effect in Portugal given the limited purchasing power of consumers and the relative price of these products," said the association's Francisco Furtado Mendonça.
In an online survey released by Nielsen last summer, about 60% of Portuguese consumers said they now looked at the sugar content of drinks, with 50% admitting that this information may influence their purchase.
The Nielsen data on consumer goods for 2017 also showed that the soft drinks category was the fastest growing in the drinks sector (8.4%), as it had been a long hot summer.
The drop in the consumption of soft drinks and juices with added sugar or sweetener also can be seen in the revenue that the new tax generated between February and December 2017, with the €80 million target being missed.
Francisco Furtado Mendonça claims that the industry has made a "great effort to adapt to the new context" by reformulating its products and reducing sugar levels.
By December 2017, the percentage of drinks from Proeb's manufacturers, that contained more than the benchmark quantity of sugar, fell from 61% to 37.9%.
The new tax, much reviled by the drinks industry, has served to raise money, educate consumers, start to reduce sugar-related health problems and has highlighted the amount of sugar added to drinks, an example being the equivalent of seven teaspoons of sugar in each 330ml can of Coca-Cola.
Enlarge