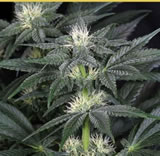 0 #10 Johan 2018-04-04 23:30
After my Multiple Sclerosis diagnosis 2 years ago, i stopped all the Multiple sclerosis medicines prescribed due to severe side effects, and decided to go on natural herbal approach. My primary care provider introduced me to Rich Herbs Foundation and i immediately started on their Multiple Sclerosis herbal formula treatment, this herbal treatment has made a tremendous difference for me. My symptoms including shaking, muscle weakness, fatigue, mood swings, numbness, double vision and urinary retention all disappeared after the 4 months treatment! Their website is w w w. richherbsfoundation. c o m. Its just amazing!
+6 #9 Ricardo F F 2018-02-23 11:40
Its just a plant. Alcohol and tabacco kill more people than anything. People who smoke and grow cannabis are not criminals. Phameceutical drugs also kill plenty of people and are real drugs. People have a right to there freedom. Portuguese law makers are being hypocrits, they produce and sell cannabis, they will make billions a year in sales of THC containing cannabis, yet they say you cant smoke. Grow up and get a life. Stop trying to control others and robbing them of there God given rights. Cannabis is good.
+9 #8 AL 2018-02-22 15:05
In answer to Peter and Ed's comments the ingredient in cannabis that causes psychosis is THC which for the purpose of medical use is removed from the plant or only plants without THC are used. The beneficial ingredient is Cannabidiol. There are at least 113 different types Cannabinoids (THC being one)and some of them have shown (in clinical trials)to be able to treat the conditions listed in the article. So when pharmacists say that there is no scientific evidence of cannabis benefits, they are lying to protect their chemical based drugs market.
+6 #7 Peter Booker 2018-02-21 09:37
Thank you, Ed. You are very well informed on this matter. Decriminalising the substance looks like a nonsense. It looks as though it is still an offence for anyone to possess the stuff.

The potential effects to cannabis users look no worse than uncontrolled consumption of tobacco or alcohol.
0 #6 Ed 2018-02-21 09:02
Quoting Peter Booker:

This article lists the benefits attributed to the use of cannabis. What are the potential dangers?

if you're not used to it, you may feel faint or sick
it can make you sleepy and lethargic
it can affect your memory
it makes some people feel confused, anxious or paranoid, and some experience panic attacks and hallucinations – this is more common with stronger forms of cannabis like skunk or sinsemilla
it interferes with your ability to drive safely
If you use cannabis regularly, it can make you demotivated and uninterested in other things going on in your life, such as education or work.
Long-term use can affect your ability to learn and concentrate.
+2 #5 Ed 2018-02-21 09:00
Quoting Peter Booker:

And another thing - there was a time in the early 2000s when Portugal legalised the use of cannabis. Has that status changed?

It is 'decriminalised' not legalised. Drugs are still illegal but getting caught with them means a small fine - repeat offenders get referred to a treatment programme.
+1 #4 Peter Booker 2018-02-21 08:44
And another thing - there was a time in the early 2000s when Portugal legalised the use of cannabis. Has that status changed?
-5 #3 Peter Booker 2018-02-21 08:28
This article lists the benefits attributed to the use of cannabis. What are the potential dangers? There are many reports of an increased likelihood of psychosis or other damage to the brain. Are these reports now discounted, and why?
+6 #2 Chip 2018-02-20 22:52
Sounds like the pharmacists are protecting the status quo which pays their wages. If they already sell THC & CBD, the active ingredients, in pills made by the big pharma companies their only concern must be that the supply line would no longer come through them.
It always surprises me that patients are given morphine but not cannabis in most countries.
+7 #1 nogin the nog 2018-02-20 20:22
hmm
God these people are supposed to be professional with a view to helping people. This isn't just short sighted but criminal.
Refresh comments list