Bowing to international pressure after downgrading Portugal’s need for international rail links, Prime Minister Antónia Costa today announced that it is time for public investment in the country’s network.
Accompanied by the Spanish PM, Mariano Rajoy and the European Commissioner for Transport, Violeta Bulc, Costa launched a tender for a railway link between Évora and Elvas, budgeted at €509 million.
“Now is a new time for public investment in Portugal,” said Costa, at the presentation of the Ferrovia 2020 plan, in Évora.
"We are making this public investment now because the time has come to focus on public investment, public investment that will help sustain this economic growth which has been mainly based on increased private investment and exports, "said the Portuguese PM.
António Costa said that Portugal is improving and the projected public investment will help the country's economy to continue to grow.
"Last year we increased public investment by 20%, and this year we will increase public investment by 40%, focusing on what is essential to people's lives and the future of the economy: investment in health, education, infrastructure, whether irrigation or transport, which will increase the productivity of our economy and also our ability to export more and continue to grow," said the prime minister.
The new 100 kilometre connection between Évora and Elvas should start to be built in March 2019, half of the cost being paid for by the EU.
The head of the Spanish government, Mariano Rajoy, said the railway work that Portugal is developing is “excellent news,” adding that the projects are of "capital importance" to bring the two countries closer together.

“The Évora-Elvas and Elvas-Caia lines meet this goal of paramount importance, unite our citizens and improve their daily lives," said Rajoy.
The railway line between Évora and the border of Caia (Elvas), will allow the two countries to be connected by train, especially important for freight.
The Elvas-Caia section, on the border with Spain, is the 11 kilometre ‘missing link’ in the international southern rail corridor, which will link the port of Sines to the border with Spain.
According to Violeta Bulc, the modernisation of the Évora-Caia section, at an estimated cost of €388 million, will receive a EU contribution of 56% (€184 million).
The Ferrovia 2020 Plan, promoting connections with Spain and the modernisation of Portugal’s main railways, is a €2 billion investment which has been delayed due mainly to Portugal’s national railway and road companies merging in an ill planned move that left the railway part of the new company, a junior partner. 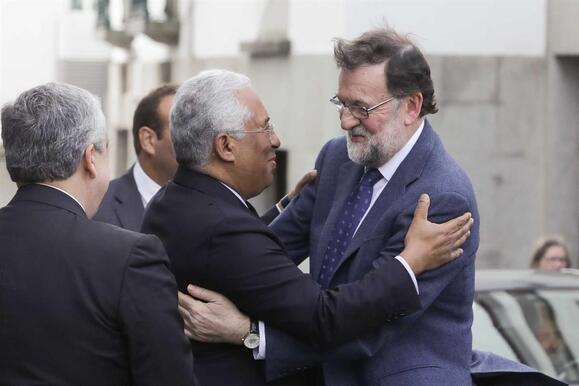