Violent crime decreases but arson and ATM crime on the up 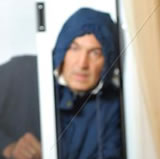 The Annual Internal Security Report for 2017 recorded a 3.3% increase in general crime but a welcome  8.7% decrease in violent and serious crime.
Fake currency, forest fires and a rise in internet fraud contributed to a 3.3% increase in crime last year, according to the Minister of Internal Affairs.
Last year, a further 11,078 criminal cases were registered, bringing the total to 341,950 that at some point will have to be processed through the creaking court system.
For violent and serious crime, the largest rises were in the districts of Guarda (+35%), Évora (+26%) and Portalegre (+19%).
In relation to the rise of forest fires that were started deliberately (+27%), these related to the summer fires and the Minister of Internal Affairs, Eduardo Cabrita, stressed that over 30 suspects have been detained.
The minister also pointed to some "significant" declines in crime categories that "most affect people's sense of security," as is the case with burglary and motor vehicle theft.
The minister also highlighted the decline in street robberies and robberies on public transport, in the violent crime category.
Cabrita pointed out that, despite ATM thefts being one of the crimes that increased most in 2017, up 73%, "since November, thanks to the joint work of the PGR, the Internal Security and the Security Forces, there was a significant drop.
“In February, the number of ATM thefts was, for the first time in many months, zero."
Tweet