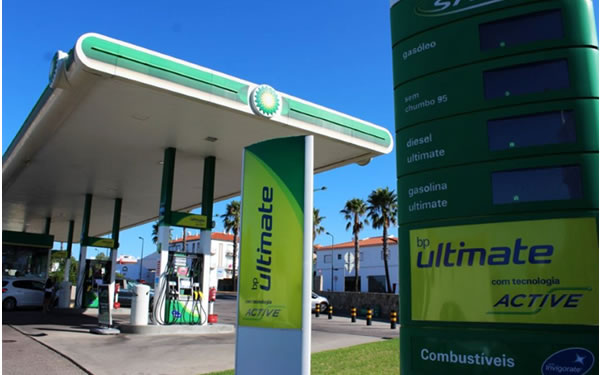 Matos Fernandes, Minister of Environment and Energy Transition, has confirmed that Spanish trucks carrying fuel have been supplying a number of stations across the Algarve. The Minister confirmed that this has "happened throughout this week", but is "absolutely legal".

"I cannot say whether this is happening right now, but it has happened over the course of these past days, as has happened at other times when there was no strike," said the minister, at a time when this is we are already on the fourth day of the fuel truck drivers’ strike.

This situation was first revealed by SIC, which in one report showed Spanish trucks, driven by drivers also from Spain being escorted by GNR to supply a BP station in Monte Gordo that had been out of fuel for several days.

But the minister, when faced with this issue, reaffirmed that it seems to him to be “absolutely legal in the light of European law”.

Matos Fernandes also revealed news about the Emergency Network of Gas Stations (REPA) that the Government has put in place.

"For the first time, over the course of these four days of the strike, diesel has been in stock in the Algarve as normal at all REPA network stations," he said. In the minister's opinion, the "great effort we have made to ensure everything runs smoothly has been successful and there is fuel to enable people to travel safely". At a time when the Algarve triples its population this has been a constant concern of many tourists as well as residents.

As for minimum services, Matos Fernandes said that “they are being met” and, in some cases, “have already been exceeded”. "Distribution has begun to take place normally," he concluded.

Monte Gordo is near the Spanish border. Now there is a clue and you save 20p a liter.

-7 #3 Dennis.P 2019-08-16 06:11
This does show clearly the absurdity of less evolved EU countries lifting straight off the shelf 'historical narratives' that never existed in their own countries. Most obviously where are the left wingers - socialists and communists - helping the fuel drivers keep their strike together? Lying in the road, bending aerials and pulling off wiper blades - the sort of thing a Hong Konger would be doing. Gaining workers rights and fair pay for a days work took nearly two centuries of agitation with workers hung and deported in the UK and yet here, as we see in Portugal - it has no anchorage as its not Portuguese history. Test it on your snout, the local who keeps checking up on whatever you are doing. Say and better still write down "Tolpuddle Martyrs" to them. This will then get fed back and checked over for subversion.
+1 #2 liveaboard 2019-08-15 21:20
Wednesday there were long queues at some stations, most were just closed, and a few had almost no queue at all.
-6 #1 Ardr 2019-08-15 20:07
foreign workers as strike breakers, Capitalism 2.0
Refresh comments list