Invasive mosquitoes detected in the Algarve 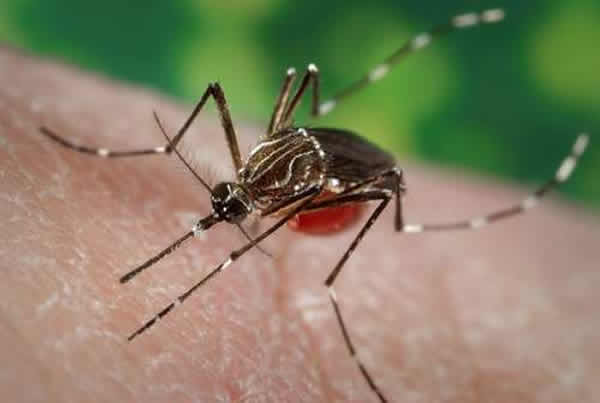 The health authorities are asking for the collaboration of the population to reduce the breeding sites of invasive mosquitoes that transmit diseases such as dengue, yellow fever or zika, detected in Loulé and Faro.

The Algarve Health Delegate revealed that there is no record of mosquitoes infected with any of these diseases in the Algarve, because although the mosquito is present in the region, it would first have to bite sick people for transmission.

The 'aedes albopictus' - scientific name of this species of mosquito - likes “small amounts of clean water”, such as that found in “dishes on pots, on car tyres or in natural containers”.

The regional Health delegate, Ana Cristina Guerreiro ,stressed that the mosquito “does not like salt marshes or pond water”, it looks for areas where “rain or irrigation water” accumulates, which is why health authorities are encouraging citizens to reinforce their attention to these places, seeking “to reduce them”.

The health authority has already carried out training actions aimed at city officials, gardeners, condominiums and residents, since they can “contribute to the reduction of mosquito multiplication”. They are also recommending the population protect themselves from mosquito bites by placing nets on the windows of their houses or using repellent.

The detection of this species of mosquito happened after the setting of traps for capture, the result of complaints from residents in the Gambelas area, in the parish of Montenegro, next to Faro Airport, declaring “different bites”.

The invasive mosquito species 'aedes albopictus' was first detected in September 2017 at a tyre factory in the north of the country, triggering a surveillance response by public health authorities at local, regional and national levels.

"We currently have traps in various parts of the municipality of Faro, on the perimeter of the parish of Montenegro and the Ria Formosa permanently," said the regional Health delegate.

Health authorities have been “widening the investigation perimeter”, placing traps in the municipality of Loulé, but also in the perimeter of the airport “as one of the obligations of border monitoring”.

The goal is to reduce the mosquito population to postpone the existence of mosquitoes that transmit disease in Portugal, for as long as possible.

At the same time, active monitoring of the mosquito that transmits the Nile virus is also carried out, since it may have been “transported by migratory birds”, she concluded.

Here comes the next media hyped health scare. Mandatory mosquitonets, curfews and Bill Gates will once again come to the rescue with his genetically modified mosquitos.

What i am wondering is, can we get Covid19 from a mosquito that has bitten someone with covid19?

No! Respiratory viruses are not known to be transmitted by blood transfusion. But you might get a different answer from a Covid cultist.
0 #4 Chip 2020-11-17 00:19
Quoting Brook:

Here comes the next media hyped health scare. Mandatory mosquitonets, curfews and Bill Gates will once again come to the rescue with his genetically modified mosquitos.