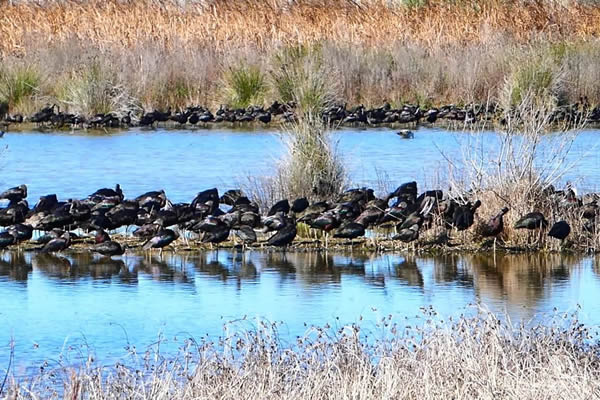 The PAN (People Animals Nature) Political Commission in Faro, announced in a statement that "condemns the decision by the Municipality of Lagoa to authorize a permit for construction in a subdivision in the ecosystem of the Wetlands of Alagoas Brancas and that it will destroy habitats and remove species there existing".

The district warns that this approval "did not include the necessary Environmental Impact Assessment, in addition to going against the Municipal Master Plan, the Urbanization Plan and the rules of the National Ecological Reserve, also criticizing the lack of consultation with the local population". For PAN, the Urbanization Plan must be suspended and revoked immediately, as well as the classification of the area as a Locally Protected Area.

The Alagoas Brancas in Lagoa are a wetland that is part of a set of lagoons that gave the city its name and that carry a historical, cultural, landscape and identity value. In addition, they represent a high environmental value, given the richness of their ecosystem and their importance in preserving biodiversity and carbon storage, which contribute to the fight against climate change. Due to the importance of these wetlands, several international treaties were created to protect them.

Almargem - Association for the Defense of the Cultural and Environmental Heritage of the Algarve, together with several other environmental associations, developed a study on this particular area, financed by the Environmental Fund, and the results were clear and conclusive: “despite its small size, this area is rich in wildlife, namely in species with high protection statuses ”and that“ in view of the uniqueness of the species present in the area, the creation of a protection status is essential and indispensable for the conservation and management of the area. ” This study was personally presented to the Municipal Executive at a meeting.

The party accuses the city council of "lack of common sense", because there was not "any change of position", "despite having at its disposal all the necessary legal instruments for this". The necessary permit for the construction in question that "does not comply with the technical assumptions, even violating the PDM and the Urbanization Plan. In addition, this is a floodable area, forcing the drainage of the water to have to be carried out through ducts that cross the EN125".

In 2019, the PAN had already questioned the Government, through the Minister of the Environment, regarding the new evidence resulting from the study financed by the Environmental Fund for the conservation of Alagoas Brancas. So far, with no response from the Government, "the fact that in the course of the revision of the PDM [...] there is no clarification on the part of the municipality to the population that, incidentally, will be directly affected by the decisions taken". This "attitude demonstrates the not very democratic stance, and no consideration to the citizens of the current Municipal Executive", laments Paulo Baptista, of the Faro District Political Commission.

PAN demands "the immediate suspension and revocation of the Urbanization Plan, as well as the beginning of the process of classifying the site as a Ramsar site, given its importance for the preservation of avifauna; as IBA - Important Bird Area and ZPE - Protection Zone Special, under the Birds Directive, and that the White Alagoas are still classified as a Protected Area of ​​Local Scope ".

"Within the PAN's powers as a political party, we will continue to do everything to stop this environmental crime in our district, with all the consequences being given to those responsible for it", ends Paulo Baptista.