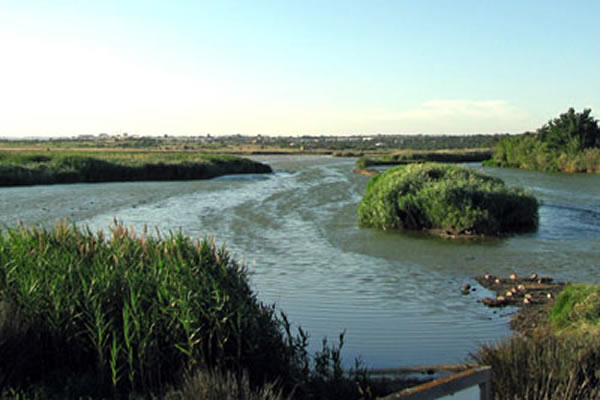 For environmentalists, this "is some of the best news in recent times." It has taken years and years of struggle and the 2nd largest environmental petition in Portugal’s history, but it may have culminated in a victory.

The Institute for the Conservation of Nature and Forests (ICNF) will open the period of public discussion to classify Lagoa dos Salgados, in the municipalities of Silves and Albufeira, as a Natural Reserve, a classification of national scope.

Although there is still no date for the opening of the public discussion period, it is already known that this will last 30 days, counting from the date of publication in Diário da República. But everything indicates that the public discussion will start during the next month of December and will take place in the usual way, namely through the portal Participate.

According to reports, the proposal to classify Lagoa dos Salgados as a Nature Reserve is a file that is being closed, with news expected in the coming days. This decision is already drawing rejoicing reactions, especially from environmentalists.

The Lagoa dos Salgados is a unique wetland: one of the places in the country where you can observe one of the greatest number of waterfowl species in any one place in Portugal, species such as Greater Flamingos (Phoenicopterus roseus), Eurasian Spoonbills (Platalea leucorodia), Purple Herons (Ardea purpurea) and Purple Swamphens (Porphyrio porphyrio).

During winter and autumn, “Waders of many kinds are also abundant, such as Bluethroat (Luscinia svecica), Collared Pratincole (Glareola pratincola) and Ruff (Philomachus pugnax) and the site regularly attracts surprise visitors also”, according to the Sociedade Portuguesa das Aves (SPEA).

Anabela Santos, vice-president of the Almargem association, one of the entities that is part of the Platform of Friends of Lagoa dos Salgados, considered this “a historic day”.

"It's been two decades of struggle for Lagoa dos Salgados to have some protection status. Our study of Wetlands, the results of which we presented in 2019, spoke of the importance of Lagoa dos Salgados and it was, at the time, another attempt to do something", recalled the association leader.

João Miinistro, director of the company Proactivetur, dedicated to sustainable and nature tourism, has also been fighting for “decades” for the preservation of that area, which is important from the point of view of avifauna.

“This is one of the best news I've received in recent times. I'm very involved in Lagoa dos Salgados, which I've known for a long time, and on which I did my degree thesis at the University of Algarve", he said.

"I have been warning for years about the importance of conserving the area, which is unique. As a nature tourism entrepreneur, I just want this classification to go ahead, because it's a place that attracts tourists almost every day. Since the 70s, there have been studies showing the importance of preserving the wetland and the surrounding area,” he added.

This importance is also underlined by Frank McClintock, one of the most experienced ornithological guides in southern Portugal owner of Quinta do Barranco da Estrada and “Birding in Portugal”.

In 2012, Frank and his wife, Daniela, launched the “Save Salgados” petition, which has nearly 35,000 signatures. The document called for greater protection for that area, something that now, with the status of a Nature Reserve, may at last happen.

“I must say, it's the best news I've had in years. Lagoa dos Salgados is a magnificent area. Nothing has happened to protect it, but now there is that hope. It is an area that attracts a huge number of Nature Lovers from around the world to the Algarve, a number that is largely “invisible” to the authorities but one that is growing and that has a significant positive impact on Portuguese tourism. If it’s classified as a Nature Reserve it’s a real bonus for future generations.” Frank told journalists.

With the advancement of classification as a Nature Reserve, there is another hope for environmentalists: the brake on construction of a mega-enterprise in that area, on the side of the municipality of Silves.

The Lagoa dos Salgados is located at the mouth of the stream that flows into Praia Grande, between the municipalities of Albufeira (where the Salgados resort already exists, which extends to the edge of the wetland) and Silves.

In 2017, the company CBRE, responsible for the marketing of Praia Grande Eco-Resort, announced that this new development would have a "potential area of 122 square metres", including three 4 and 5 star hotels and around 350 integrated residential units in tourist villages, as well as an 18-hole golf course.

Later this year, six Non-Governmental Environmental Organizations (NGOs) demanded that the Environmental Compliance Report (RECAPE) of the first phase of this mega-enterprise be refused.

The construction has not yet started and, in the Administrative and Fiscal Court of Loulé, there is a process that pits these NGOs against the resort's promoters, according to Domingos Leitão, executive director of SPEA.

Environmentalists are calling for the Praia Grande de Silves Detail Plan to be challenged, as well as the Environmental Impact Statement.

With the classification as a Nature Reserve, it is certain that the creation of a mega-enterprise of this kind “should become even more complicated, because one thing does not fit in with the other”, considered Domingos Leitão.

"Despite the strong pressure of recent years, because Lagoa dos Salgados has never had a status of protection, there is still time to save it. This project is not compatible with a Nature Reserve. I hope that it doesn't go ahead or that it undergoes a profound remodeling", said João Ministro of Proactivetur.

In turn, for Almargem, there is "the expectation that now there will be an annual program of activities, dynamism and real conservation of such an important space".