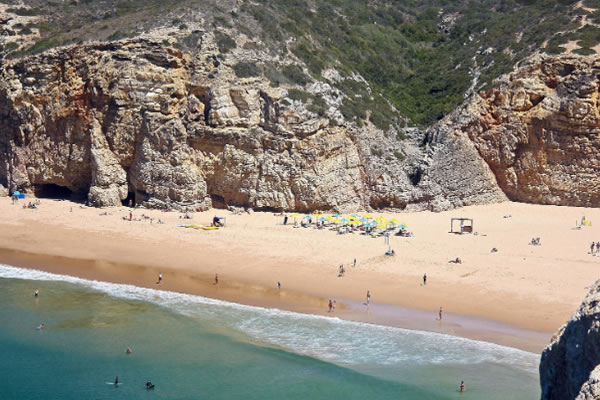 A 23 year old fisherman died this morning, following the sinking of a fishing vessel off Praia da Salema, in the municipality of Vila do Bispo. The cause of the shipwreck is currently unknown.

“A fishing vessel with six people on board sank today off Salema beach. Five of the fishermen managed to swim to the beach and are doing well. One other person was initially reported missing. He was later found in cardiorespiratory arrest, and death was declared ”, said the statement,

According to the National Maritime Authority, “the victim, a 23-year-old man, was found inside the vessel, in an unconscious state, by divers from the Volunteer Firefighters of Lagos, having been rescued and transported by the crew of the Sagres Lifeguard Station to the beach, where the resuscitation manoeuvres were continued by INEM elements, using an Automatic External Defibrillator (AED)”.

“After several attempts, it was not possible to reverse the situation, and the death was declared on the spot by the INEM doctor. The Public Ministry was contacted, and the body was later transported by the Volunteer Firefighters of Vila do Bispo to the Institute of Legal Medicine in Portimão”, adds the AMN.

The fishing vessel capsized and was towed to shore.