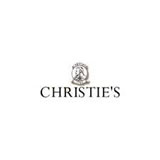 The Miró  auction farce continues apace with a new injunction stopping the export of the artwork to London, and Parvalorem saying this latest move is ‘ridiculous.’

The Lisbon Administrative Court accepted today a third injunction to halt the export of 85 works by the Spanish artist Miró which have ended up in state hands after the collapse of BPN bank.

The auction at Christie’s was re-set for June, having been postponed once already in an embarrassing move by the auction house which was concerned that if it sold of the works of art, the buyers or Christie’s later may be subject to other unpredictable Portuguese legal actions to recover the auction lots.

This new injunction already has been accepted and an order issued under Portugal’s Basic Law on Cultural Heritage which prevents the export of the works and their subsequent auction, thus blocking the entire process.

The injunction successfully prevents an embarrassed Minister of Finance, Secretary of State for Culture, and managers at Parvalorem, Parups and Christie's "from taking part in the export and auction the works in question without complying with the law."

The law in question requires that a compulsory procedure for classifying the works takes place which in effect stops the April roadshow organised by Christie’s to promote the major auction, and the auction itself.

Parvalorem, which holds the artwork on behalf of the public, argues that this formal legal classification is not necessary because the works were imported into Portugal less than ten years ago, but had not presented any evidence to the court to this affect.

On February 7th 2014 the country’s top Public Prosecutor said he was obliged to halt the export of the works from Portugal, arguing that this is "a collection that should not be taken from the cultural heritage of the country." Many art lovers agree, as does the Angolan millionaire who has offered to buy the complete collection for €50 million, well over the €32 million valuation, and display it in Oporto for the benefit of the public.

This would be too easy a solution for a government determined to tangle itself up in its own legislation.