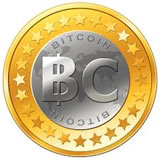 An ATM for the virtual currency Bitcoin was installed amid much publicity in Lisbon last week and the Algarve is due to have its own machine shortly.

The Bank of Portugal is not happy and has issued stern warnings as to the "risks of using virtual coins.”

The bank says that the Lisbon Bitcoin ATM is not integrated in the Portuguese ATM system and that "virtual currencies are not safe," adding that the companies which issue and market virtual currencies "are not supervised or regulated by any financial authority, national or within Europe."

Asked about security concerns with 'Bitcoins' and other virtual currencies, the director general of Captain Wings, the operator of the Lisbon ATM, said that "the technology behind 'Bitcoin' is safe, as everyone already has said, including financial authorities, and it undoubtedly is the future. They (BoP) just don’t like the coin itself."

One of the problems raised by the Bank of Portugal is the fact that users of these virtual coins bear "all the risk" since there is "no guarantee" that they will be accepted in commercial transactions.  There also is no underlying guarantee if the coins become worthless or lose value.

Another issue is that "the consumer can lose his money in the trading platform and runs the risk that money from his digital wallet can be stolen" with no legal protection.

The bank warms also that "transactions in 'virtual currency' can be used for criminal activities, including money laundering," and reminds the public that the European Central Bank and the European Banking Authority both have released alerts in the last three years.

In July this year, a new blog associated with the Islamic State in Iraq and Syria (ISIS) claimed that bitcoin could “enable jihad on a large scale” by sending “millions of dollars” to fighters in an untraceable way. - See more at: http://portugalresident.com/bitcoin-atm-arrives-in-lisbon#sthash.zwZHqcpl.dpuf

In July this year, a blog associated with the Islamic State in Iraq and Syria (ISIS) commenetd that Bitcoins could be used to held jihad ”by sending millions of dollars" to its adherents in untraceable transactions.

Faced with the risk that consumers could easily lose this virtual money housed in a mobile phone or a computer, the director general of Captain Wings, Joaquim Lambiza, said that these coins work with cryptographic keys that are so complex that only its owner with the correct passwords can access them.

"What you should always do is a 'backup' of the associated passwords," said Lambiza, adding that people should limit the amount of 'Bitcoins' carried on their phones.

By not being linked to a central government or financial institutions, the value of 'Bitcoins' and other similar virtual currencies is determined by the market through companies that buy and sell them.

"People say that with these coins, because there is no state intervention, there are no guarantees when it loses value. But the goal is precisely that there is no central control."

BES and its GES investment offshoots were also "not supervised or regulated by any financial authority, national or within Europe."

As they should have been by the Bank of Portugal!!!

And having been itself Islamic for so many centuries is this why ISIS calls Portugal 'weak' ?

Easily rolled over for its own ends as BES did to the Bank of Portugal.
Refresh comments list