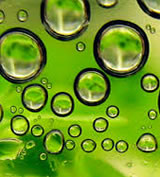 Madeira bio-fuel project entrepreneurs Bernard A J Stroiazzo Mougin and his wife Belinda Anne Halsall, owners of Bio Fuel Systems, have been in court in Alicante, Spain in a tax fraud trial against Stroiazzo, his first wife and their three children.

A further criminal complaint has been presented by a group of shareholders through a national law firm in Spain to reclaim €30 million invested in an 'algae to fuel' plant in Murcia.

Madeira’s electricity company handed over €9 million to BioFuel Systems SL for a plant that has never been completed.

Construction began on the island of Porto Santo, Madeira. The plant was attached to a power plant owned by the island’s public electricity company which handed over some €9 million to Stroiazzo for his technology and for the building of the plant.

This project was swiftly abandoned by Stroiazzo and the plant was never completed. The matter has ended up in the Portuguese court system from where is may never emerge.

Major partners in Bio Fuel Systems are the Italian group `Enalg’, along with the wealthy Bernat family who are the founders of Chupa Chup sweets, followed by a significant number of small partner shareholders who joined the company in its early days.

The BioFuel Systems project, led by Bernard A.J. Stroiazzo Mougin as the Executive President and his wife, Belinda Anne Halsall, who claim to be the owners of Bio Fuel System S.A., are said to be 'crushed' because of the loss of investor confidence in making their dream of converting algae into oil a viability.

Plant number two, the Spanish one in Carboneras, Murcia has been shut for a year, and suppliers and staff remain unpaid after two years.

The fact the Spanish plant is abandoned means it may once have worked unlike the Madeira project that sucked in funds for no return and no jobs.

The Spanish Carboneras plant has been sealed off by the local authority which had provided land to Bio Fuel Systems in exchange for its building of an industrial plant and the creation of local jobs.

The investment for the Spanish "biopetrolifero field" was put in by a solvent Italian investment group, Enalg, which shelled out €14 million to Bio Fuel Systems

The Spanish Ecofield plant has been promoted all over the world in the last three years and attracted more investors looking for a new and wonder fuel processing system.

Stroiazzo attempted to convince these new investors to enter into an agreement with Bio Fuel Systems but it emerged that he had few, if any shares in the company and was acting as a ‘representative’ for the shares belonging to his wife, Belinda Ann Halsall domiciled in Switzerland, this somehow seemed to push investors away.

The Spanish fraud trial has put paid to his fundraising techniques as Stroiazzo and his sons, by his first marriage are in the dock over the ‘loss of a contract worth millions’ and a tax evasion offence.

The ‘biopetroleo’ idea, algae to fuel, was thought up in Alicante in 2006 by Bernard Stroiazzo, along with Alicante scientist Cristian Gomis who was regarded as the real father of the technology.

Due to differences between the two and their inability to work together, Gomis left Bio Fuel Systems two years ago which stopped any further development of the technology.

In 2012 about 10 members of the Parliamentary Group of the PSD-Madeira went to the island of Porto Santo, where they met the Mayor, Fatima Menezes.

The group visited the construction site of the Bio Fuel Systems processing unit, a partnership between the Electricity Company of Madeira and BioFuel Systems SL.

The site was never finished, the Bio Fuel Systems director is in an Alicante court and the money is likely to have all gone.

The Italian investment company picked a loser and wealthy clients are less wealthy as a result.

The Madeiran Electricity Company nurses losses of €9 million but, not to worry, the ratepayers or central government will pay.