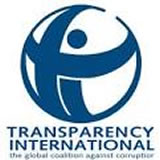 The financial sector in Portugal uses its political connections to influence public decision-making, especially around the government’s privatisation plans, without any restrictions or oversight, said Transparency International Portugal in the first comprehensive report on lobbying in the country.

In the report “Lifting the lid on lobbying: The influence market in Portugal”, Transparency International Portugal calls for more transparency as well as regulation of lobbying so that the public can access information on which companies or organisations are lobbying Portuguese decision-makers, how and why.

The construction, financial and energy sectors are shown to be the sectors most vulnerable to risky lobbying practices - practices which include former ministers and ambassadors wielding influence on behalf of their new employer.

The financial and banking sector in particular provides the most job opportunities for public officials: 230 individuals have taken up 382 positions in financial institutions before or after holding a government job.

Bankers are the most represented professional group in cabinet, amounting to 54% of government positions since the establishment of the democratic state in 1974. Furthermore, since 1986, all heads of the Central Bank have come from banks.

“The failure of politicians to reign in the financial sector has caused Portugal’s deepest economic crisis since independence. The relations between bankers and politicians is deeply worrying both for the state of our democracy and the ability of today’s leaders to take our country out of crisis,” said João Paulo Batalha, Executive Director of Transparency International Portugal, adding

“This opaque and undue influence has allowed a select few to profit, undermining the financial stability of the country and leading to the worst economic crisis Portugal has seen to date.”

The revolving door and "pulling strings”

In Portugal, conflicts of interest and revolving doors between the private and public sectors are pervasive, as there are no effective controls on politicians taking on jobs in the private sector after, or even during, their time in office.

This is especially alarming given the fact that the financial and sovereign debt crisis in Portugal unveiled a worrying number of contracts between public and private stakeholders that were ruinous to the state and frequently involved the same group of influential people.

“Pressure from the financial sector on political power is perceived as common and intense” the report warned, adding that “it takes place largely in the shadows”.

The report cites the example of “the regime’s bank”, Espírito Santo Bank (BES). BESI (one of the group’s subsidiaries) President José Maria Ricciardi’s direct attempts to pressure the prime minister over the government’s privatisation plans appear to have paid off, as BES was later hired to consult the government in the privatisation processes of TAP (Portuguese airways) and ANA (airport management), and also advised the winning candidates in the privatisation bids of EDP (energy producer) and REN (energy infrastructure networks).

Moreover, in 2013, BES Group Chairman, Ricardo Salgado, who “forgot” to declare €8.5 million in consultancy fees earned abroad, benefited from the fiscal amnesty granted by the government to individuals who had undeclared assets abroad amounting to €26 million.

The high-profile bankruptcy of the Espírito Santo Group has highlighted the failure of political and regulatory authorities to prevent fraud and abuse in the financial sector, shining a light on the bank's culture of promiscuous proximity to those in power.

“With politicians circulating in the same social circles as businessmen, attending the same social events, restaurants, and even hunting together, corporations are able to pull strings and use their connections to get legislation or lucrative government contracts passed in their favour,” said Batalha.

The report is based on a methodology developed by Transparency International which is being implemented in 19 countries within the EU under the framework of the “Lifting the Lid on Lobbying” project. According to the research, Portugal scores low overall in terms of lobbying transparency (13%), integrity (19%) and equality of access (37%).

“To ensure that lobbying practices and public decision-making are safeguarded from undue influence, mechanisms for more transparency, integrity and equality of access are necessary,” said Batalha, adding

“Parliament should regulate the lobbying industry through a dedicated law, and also create a legislative footprint that allows tracking of the legislative process as well as contributions from interest groups. Laws on conflicts of interest and revolving doors must be extended and upheld – politicians should not be able to get away with supporting a few individuals at the expense of the many.”

The full study in English is available here:

Re: P Booker.
There is no comparison with these countries and the UK. In the UK there is at least the custom of whistle blowing. There is also investigative journalism that prides itself on digging deep into the lives of important people - often following up on whistle blowing. You can see it most days in the newspapers.

And when the 'authorities' go after a big person you can track the case through to the trial and judgement. Often in Portugal and Spain cases against big people go 'off the radar'. Never heard of again.

Certainly there is a culture - as in any 1st to 3rd world countries of favouritism - but there is also, in general, an awareness that - 'if I do the crime, so I must do the time'.

How many other countries would have investigated (and then banged up) a cabinet minister and his ex-wife for swapping speeding charges ?

Oddly enough - after their time in the slammer - these elite types usually coming out quite religious !

So its done them some good !
+1 #3 Peter Booker 2014-11-14 21:46
We British have nothing to be proud of in our own fashion of doing things. Revolving doors for top civil servants, the big four beancounters advising on the sell off of Royal Mail etc etc.

Britain, even compared with the US, has one of the least transparent of all governments.
+1 #2 Ed 2014-11-14 20:09
Regarding Francesca's comment, the report in the original Portuguese is available at

Scroll down to 'Lobi' and download the 71 pages.
+1 #1 Francesca 2014-11-14 19:53
Perhaps the most striking issue here is not what is in the report itself and that it is in english not Portuguese .. it only takes 20 minutes with half a dozen longer term expats to cover most of this ground - but the low profile taken by the Portuguese branch of Transparency International.

Do a google search for anything on transparencia.pt .. and then note the time taken to load anything. As though 'somebody' is scanning both them and now ... YOU!

That said you know that the 1974 Portuguese revolution never actually achieved anything ... unlike everyone else's - when you go to

and realise how it parodies 'openness' and 'transparency'.

Who else remembers the non-result of the 2009 Concelho de Prevencao de Corrupcao questionnaire into corruption as sent to all the Portuguese Municipals.

Exactly as in the bad old days !
Refresh comments list