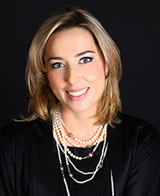 A special UN rapporteur specialising in the Independence of Judges and Lawyers has started looking into Portugal's judges and the snail like pace of the justice system.

Gabriela Knaul was at the Attorney General's Office in Lisbon today starting a series of meetings with representatives of Portugal’s government, legislature and judiciary.

Knaul’s visit will end on February 3rd after she has met the ombudsman, judges and lawyers to enable her to report on the Portuguese judicial system to the Human Rights Council this June.

The work will focus on the ‘achievements and challenges in the country to ensure the independence of the judiciary, the free exercise of the legal profession, and access to justice for all,’ according to a statement from Gabriela Knaul who is in Portugal at the invitation of the Portuguese Ministry of Justice.

According to Knaul, her report will focus on key issues surrounding the administration of justice, such as ‘undue delay, equal access to justice and legal aid, particularly for the most vulnerable members of the population, such as children, immigrants, Roma and women victims of domestic violence.’

Knaul became a UN Special Rapporteur in August 2009 and formerly was a judge in Brazil specialising in criminal justice and the administration of judicial systems. She holds a Master’s Degree in Public and Private Law from São Paulo State University and an MBA in Judiciary Management from the Getulio Vargas Foundation in Rio de Janeiro.

The disastrous delay in introducing Portugal’s much heralded ‘new judicial map’ planned to start last September 1st will not shed a good light on the speed of justice section of Knaul’s report, nor will counter-intuitive cases such as that of Serena Wylde, sued by her lawyer whose performance she complained about to Portugal’s Ordem de Advogados.

Cases take years to be heard in Portugal and long delays are so common as to be the norm.

Court staff unions claim that there are too few trained personnel to administer the new computerised case management system and clearly the Justice Minister failed in her role last summer yet remains in post.

Cases are purposefully delayed until out of time, witnesses are called on the wrong days and many claimants are put off seeking legal redress as the justice system is held in such low regard by so many that it can rightly be said to reserved for the state, the rich and the influential.

Whether the June report uncoveres the shocking truth behind the veneer that currently purports to be a justice system, or simply reports on what the justice wants to be but fails, remains to be seen.

Yes, the Portuguese justice system has gone through growing pains, due to huge influx of immigrants.

I imagine you live in a British expat bubble and know next to nothing about your host country,

Peter Booker is a renowned historian whose knowledge of Portuguese history and its international affairs is surpassed only by a few.

After many years of integration with Portuguese cultural and artistic societies, Peter Booker also has an enviable fluency in the language. His knowledge of his host country and his integration here is second to none and indeed, puts most of us to shame.
-6 #6 Ana Bettencourt 2015-01-28 22:59
Ridiculous, She was with the Brazilian Justice System. Brazil has the most corrupt justice system imaginable.
Yes, the Portuguese justice system has gone through growing pains, due to huge influx of immigrants.
Have the EU do a review, not a legal advisor from Brazil the most corrupt country on earth.
-1 #5 Jurisprudence 2015-01-28 22:32
Another astonishingly muddled and arrogant comment. Peter Booker - If I understood your comment, why do you continue to live in a country whose integrity, impartiality and rightness are in doubt? I'd guess your reason is quality of life not found in your native country. Portugal's benevolent tolerance of critical foreigners surely plays an important part. I imagine you live in a British expat bubble and know next to nothing about your host country,
-5 #4 Joanne Hobson 2015-01-28 19:33
How pretty is this lady! Gabriela Knaul, she's stunning!
+2 #3 Jurisprudence 2015-01-28 17:48
What a vile comment from Steve O. "An odd racism though as driven by inferiority ...". You imply that the Portuguese see themselves as inferior. Inferior to who? It appears that the "corrosive sterility" of your comment is based on a feeling of superiority.

So Portugal should give "positive discrimination to other EU citizens in anything legal and economically beneficial they wish to do here"? Why should any sovereign country do that? Portugal is not a dependency though indeed is the playgound of thousands of north European citizens who consider it as such. Many of them, like yourself, show breathtaking arrogance and laughable ignorance.
-5 #2 Steve.O 2015-01-28 11:28
Whether the June report uncovers the shocking truth behind the veneer that currently purports to be a justice system, or simply reports on what the justice wants to be but fails, remains to be seen ...

This is the nub. Particularly as the Portuguese culture and society itself is still fundamentally 'elitist' and 'racist'. An odd racism though as driven by inferiority - not superiority but resulting in the same corrosive sterility.

So the Portuguese judicial system has only ever reflected this.

Therefore is this UN lady also looking at examples of intra-EU community judicial failures - including the blatant abuses of even basic 'judicial procedures' by Portugal that Fair Trials International consistently illustrates.

Without Portugal giving positive discrimination to other EU citizens in anything legal and economically beneficial they wish to do here - it remains like Greece of no use to the European Union. So should be shown the door.
-5 #1 Peter Booker 2015-01-28 09:15
I continue to be surprised by the use of expressions such as "access to justice"; Ministry of Justice; administration of justice.

Each of these expressions actually applies to the "system of applying justice".