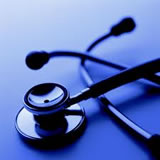 Portugal’s Ministry of Health, in a last ditch effort to fill the increasing vacancy list for family Doctors to work in Portugal, took advertising space in publications covering Andalusia, Extremadura and Castile & Leon in Spain, extolling the benefits for Spanish Doctors moving over the border to work in Portugal's national haelth system.

Spanish doctors understandably have rejected the opportunity to halve their salaries, leaving Minister Paulo Macedo’s astoundingly foolish and wasteful idea as a tribute to his strategic skills.

The low salary and the high rate of income tax in Portugal are the two obvious reasons given by the Spanish Doctors who have chosen to stay put in Spain.

According to data from the Health System Central Administration, a total of 115 vacancies were advertised, with just 84 applications received. Of these enquiries, just seven came from Spain despite Spain being the focus of the advertising campaign.

The basic salary on offer, €2,764 per month, is reduced to around €1,700 after tax and social security payments. Spainsh Doctors easily earn double this amount.

This scheme always was a non-runner.

While medical vacancies remain just that, Portugal’s government presses ahead and rejoices at the number of Golden Visa applicants it successfully has attracted. These favoured rich having no need to pay any tax at all on their overseas income, while desperately needed Doctors are charged income tax at the same painful rates that Portuguese nationals are subject to.

The president of Portugal's Medical Association, José Manuel Silva, commented that the number of Spanish clinicians who responded to the government's advertising campaign was "irrelevant" and that it was time to review the amount paid to Portugal’s doctors.

Silva says Doctors are being offered low wages representing about €8 net an hour, this is for professionals who have taken 11-12 years to be fully qualified for the posts on offer.