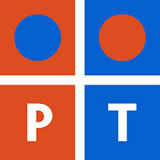 Portugal Telecom shares dropped nearly 5% on the Lisbon stock exchange by lunchtime today, as it became 100% clear that the company will never get back any of the money its management foolishly lent to Espírito Santo subsidiary, Rioforte.

The state now has seized Rioforte’s worldwide assets in a preemptive move to assure that there is something in the pot when it comes time for Ricardo Salgado’s collapsed BES to pay for his titanic mismanagement, lies, evasion and cursory treatment of the Bank of Portugal's instructions.

PT’s idiotic loan to Rioforte clearly was influenced by a substantial Espírito Santo holding in PT, in fact Ricardo Salgado represented the biggest single shareholder in PT, and PT has been punished ever since for losing around €900 million in cash lent to the ailing Rioforte.

PT's current value is just €426.7 million. In 2014 the shares dropped 73% when it became clear that Rioforte had no intention or ability to repay the loan.

It is surprising that the latest drop in share price had not already happened as anyone still thinking that Rioforte would ever pay back its loan will now be wondering why ever they harboured the thought.

The Asset Recovery Unit of the Judicial Police seized 586 properties across the world at the end of last week, many held in the name of Ricardo Salgado and of members of the Espírito Santo family, various of whom whiled away their golden days working at Rioforte, to prevent them hiding or transferring assets before the conclusion of investigations by the Central Department of Investigation and Penal Action into corruption, money laundering and fraud.

In Portugal, several properties have been seized at the Quinta da Penha development, residences at the Estoril Palace Hotel, houses at Quinta Patino and some tourist developments, one of which is in Portimão.

The 'jewell in the crown' of the collapsed empire is the Comporta estate* on the Alentejo coast which so far has avoided seizure.

*Comporta and associated bank accounts finally were seized on 20th May