Kimberley mine goes on the market 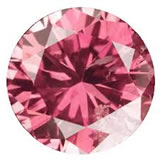 The world-renowned Kimberley diamond mine has been put up for sale.

De Beers, the world’s largest diamond mining company, announced the sale of its oldest mine.

The company was founded by Cecil John Rhodes and the Kimberley mine was always at the heart of the business.

Nine years ago mining was ended at Kimberley, but diamonds continued to be sourced from it by sifting through piles of waste rock, or “tailings”. Last year, the firm found 722,000 carats of diamonds from tailings, which was its second largest source of diamonds in South Africa.

The importance of tailings has increased steadily since no major new diamond deposits have been uncovered since the 1990s.

Indications are that demand for diamonds has waned since late last year, forcing prices down.

De Beers had a monopoly over the diamond trade which lasted about one century until the early 1990s. Today it controls around one-third of the world’s rough diamond sales, about the same as Russia’s Alrosa. Its rival, Rio Tinto, sells only about 10%.

Cecil Rhodes founded De Beers in 1880 after buying up a series of diamond fields, including one in the possession of the De Beer brothers, which led to the creation of the first large-scale mine at Kimberley.

When Rhodes died in 1902, 90% of the global rough diamond production and distribution was controlled by De Beers. Today it is owned by British-listed Anglo American and has mines in South Africa, Namibia, Botswana and Canada.