A group of MEPs has called on the European Commission, the European Banking Authority, the European Central Bank and the International Financial Action Task Force to investigate Isabel dos Santos’ investments in Portugal.

The Parliamentary Intergroup for Integrity and Transparency demanded an investigation into the purchase of Efacec and other investments in Portugal by the Angolan businesswoman whose business holdings widely are believed to have been funded by oil revenues and commissions paid to Angola's treasury but diverted by the president to further his daughter's business career.

A statement from the Portuguese Socialists and Democrats Group in the European Parliament, says that four MEPs including the Portuguese MEP Ana Gomes (pictured below) have demanded an inquiry to determine the legality of the purchase of the Portuguese company Efacec by Isabel dos Santos, the daughter of the Angolan president José Eduardo dos Santos, bearing in mind European anti-money laundering legislation.

At issue, reads the statement, is the purchase by Isabel dos Santos in partnership with the state owned National Company for Electricity Distribution in Angola, of 65% of Efacec Power Solutions which then becomes the main supplier of electrical equipment for three dams under construction in Angola.

The MEP claim that, "the Angolan state may be, indirectly and illegally financing a private investment by Isabel dos Santos" since the acquisition of Efacac was made by Winterfell Industries based in the Madeira and that in August this year the President of Angola authorised the purchase by the Angolan state of 40% of Winterfell for an undisclosed sum. This operation raises the possibility of the Angolan State indirectly and illegally financing the private investment of Isabel dos Santos."

The MEPs also pointed out the fact that Isabel dos Santos is a ‘Politically Exposed Person which "requires those financial institutions involved, in this case the banks that financed the operation, Caixa Geral de Depósitos, BCP, BPI, Montepio and BIC, to conduct an enhanced due diligence process to determine the origin of the financing and capital.

Besides the Efacec purchase, the MEPs have asked the ECB, the European Commission and the EBA, which supervise the integrity of the European financial system, in this case with the Bank of Portugal, to check that regulations have been complied with in this and other acquisitions in Portugal by Isabel dos Santos, particularly oil company Galp, telecommunications shareholdings in NOS, banks BIC Portugal and BPI as well as other real estate investments.

President dos Santos runs a country awash with oil money, most of it appearing to benefit an elite ruling class rather than ordinary Angolans who struggle by on an average of €2 a day.

Portugal is among the "biggest laundries of money stolen from Angola,” according to Angolan lawyer David Mendes speaking in Lisbon in May this year.

USD32 billion is missing from the national accounts in the decade to 2012 and the open secret that the president's daughter has been used to launder money syphoned off from lucrative state oil contracts may now get an airing.

Portugal's governments over the years have never wished to upset the political balance that exists with Angola as it is a large export market for Portuguese goods and Portugal supplies much specialised and general labour to the oil-rich country.

Where the EC's various overseeing bodies have been hiding for the years this scam has been operating can only be  marvelled at. 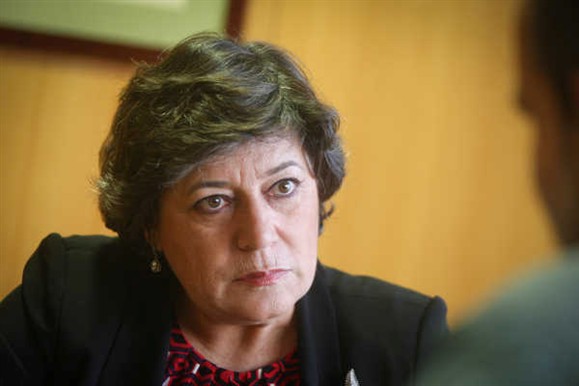 +1 #2 tnbiscates 2015-10-19 12:40
Even the THOUGHT of effective investigation along with any necessary action sounds good; here's hoping this doesn't become another presented-clean-up shambles {as already the Socrates affair begins to turn} but rather a genuine operation, complete, if shown to be appropriate, with future-repeat-preventing castigation, removal of ill-gotten gains and direct punishment.
+4 #1 Mildred 2015-10-17 10:06
Strong whiff of racism here - but usefully, if these organisations really can pull together and get a result it opens up the chance of further investigations into the billions of EU money 'gone AWOL' in Portugal. And the endless money laundering, corruption, abuse of power etc etc

Or will the Portuguese banks open their files for this case ... as she is not one of ours; and swiftly close them for any further investigations ?
Refresh comments list