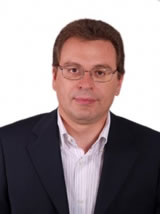 During a public address about the demolitions on the Ria Formosa islands, Communist Party MP Paulo Sá said that the Polis Ria Formosa company has acted independently of government when it recently issued 81 demolition notices and that its chief, Sebastião Teixeira, should be fired.

Paulo Sá address a home crowd in Olhão on Saturday morning and stated that his party was fully behind the islanders in their struggle against the State machine that wants to clear away island properties using an ever-changing variety of reasons.

Sá called on the Minister for the Environment to clarify recent statements and generally sort out the mess that he is presiding over.

At issue are two episodes that took place on 27 September, when the Environment Minister, João Matos Fernandes, said to the Environment Committee that there was an ongoing ‘case by case’ assessment of island housing and that he would report back in a couple of weeks.

The next morning, demolition notices started arriving at 81 island properties in the Farol and Hangares settlements giving residents in Farol until October 27 to move, and those in Hangares until November 3rd.

"The Polis Society and its president, Sebastião Teixeira, acted without the knowledge of government and against the guidelines in this case - there is only one possible solution: the minister has to dismiss this employee who, against the political statements of the Government, decided to proceed with the demolition notices," said Sá to a cheery crowd.

One political solution is to keep an impasse going until the end of December when Polis will cease to exist as a legal entity. The Polis Litoral Ria Formosa Society should have finished its life on December 31st, 2015, but was extended for another year so that demolitions could be completed, and much other work that it has singularly failed to do in the provious ten.

The renaturation of the Ria Formosa islands was authorised by the Ministry of the Environment through its ‘environmental improvement programme’ to be run by Polis and provided for the demolition of a total of 800 buildings. These demolitions should have been completed by the summer of 2015, ten years after the original plan was authorised, but nobody reckoned on well coordinated and effective delaying tactics and legal challenges from island residents who have proved worthy opponents.

The situation is one of "extreme gravity" according to Paulo Sá who awaits with interest the next hearing in Parliament, requested by the Portuguese Communist Party and the Left Bloc, when the Minister of the Environment, João Matos Fernandes, will have the opportinity of explaining what on earth he is up to. 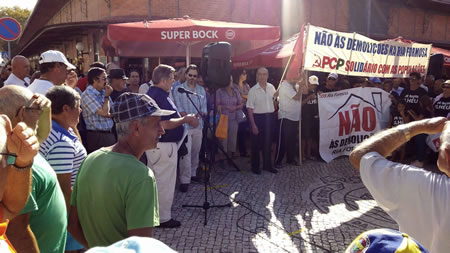 Close to a hundred people participated in the public session in Olhão with speeches from representatives of Ria Formosa islander associations, including one from local hero José Lezinho who said the government is attacking the community of Hangares whose antecedents were sent to this area 99 years ago to help at the WWI bomb storage and rearming facility.

During the public session, fears were voiced that the renaturation process on the islands is really just the start of a process to make way for real estate and yachting developments.

This has long been the rumour but one that now is starting to attract some facts. Should this 'high quality tourism developments' claim be true, any such development will be in areas as 'unsafe' as the island properties they replace - or has this 'for your own safety' excuse for making people homeless all been a ruse to give developers access to these popular yet unspoilt islands.