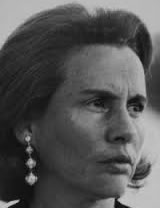 After democracy was introduced in 1974, Maria Barroso became a lawmaker while her husband became foreign minister and prime minister.

While studying at the university, she performed in the National Theatre for four years but was later removed as a result of her political positions as member of the Democratic Opposition to the regime of António Salazar. Even though qualified to do so, during the regimes of Salazar and Marcelo Caetano, she was forbidden to teach, even in private schools.

Maria Barroso married her university colleague Mario Soares in 1949 at the 3rd Conservatory of the Civil Register of Lisbon, while he was in the Aljube prison. They have one son, politician João Soares, born 1949, and a daughter, Isabel Barroso Soares, born 1951, who manages the Colégio Moderno in Lisbon.

Although not as politically involved as her husband, Maria Barroso was a founding member of the Socialist Party in Bad Münstereifel, Germany in 1973. She was the President of the Aristides Sousa Mendes Foundation, the Pro Dignitate Association and the head of the Portuguese Red Cross for several years.

Maria Barroso has a degree in Historical and Philosophical Sciences from the Faculty of Arts, Lisbon and the course of Dramatic Arts from the National Conservatory. She was a member of the Portuguese National Theatre Company and one of the most famous theatre and cinema actresses in Portugal. In April 2000 she read the poetry of Sophia de Mello Breyner Andresen at the United Nations in New York in homage to Aristides Sousa Mendes. She has been involved in activities aimed at supporting the areas of culture, education and family, childhood, social solidarity, female dimension, health, the integration of the disabled and the prevention of violence.

In June 2015, she came under medical care at Lisbon’s Red Cross Hospital, following an accident at her home. According to the family, she fell, and then was transported to the hospital.

She slipped into a deep coma and her nephew, surgeon Eduardo Barroso, classified the situation as "critical" and "most likely irreversible". She died in the morning of 7 July 2015. 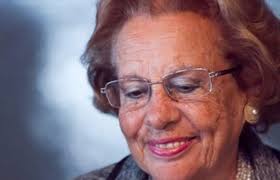