Peter Maddison, former Head of the International School of the Algarve, who died in France on the 11th January at the age of 83, I to be buried  today, February 4, alongside his wife, Una, in Maldon, Essex. He had been suffering from Parkinson’s disease.

Prior to his Algarve appointment, Peter had been a successful modern languages teacher for a number of years in a large school in Cambridgeshire, UK. Earlier in his career he had graduated from the London School of Economics and Political Science with a BSc in Economics, and from Trinity College, Dublin, with an Education Diploma. He had taught in France, the USA and London before moving to Cambridge.

On relocating to Portugal in 1986 he worked as a languages examiner and coordinator for the British Council in Lisbon. It was from there that he was appointed to the Headship of the International School of the Algarve, Lagoa, in 1988.

The International School at the time was undergoing great change. Paulus and Eva Schelfhout and a number of other expatriate investors had established it in 1972. Paulus Schelfhout died in 1987 and Peter joined a school suddenly bereft of its founding leadership.

Mr Schelfhout’s widow, Eva, took on the challenge and remained Chair of the Board of the School for the whole of Peter’s headship, from 1988 until 1996.

During this  period there was a tremendous increase in the professionalism with which all was done at the school. It became a centre for Cambridge examinations as well as Edexcel. As a languages teacher, Peter had a keen interest in developing bi-lingualism in education.

Whilst glad to step down from high leadership, he did not want to cease overnight his involvement with, and commitment to, the school. He therefore remained on the staff in a part time capacity until 2004, teaching French and being responsible for the school’s newsletter.

He completed his retirement to set up home in his beloved France where, not content to be inactive, he restored a large farmhouse together with his wife Una, a talented artist, who sadly passed away in 2004.

As his health slowly deteriorated he was accompanied by a new partner, Josette, who eventually transferred him to a nursing home in her home town of La Baule in Normandy and cared for him to the end.

Essentially Peter Maddison was a man of great education, with liberal views and, whilst never cruel, he had a waspish sense of humour.

Away from his life in the school he was an accomplished guitarist and a huge cricket fan.

The Algarve community has good reason to praise the contribution he made to the professionalism of its education scene. Many ex-students, parents and teachers will also simply remember the lovely man that he was.

RIP Peter Maddison who is survived by three daughters and a grandson. 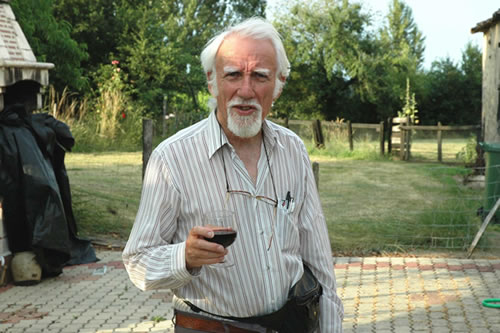