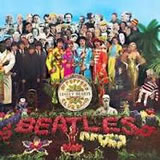 The Beatles had been turned down by several record labels including Decca when George Martin invited them for an audience at Abbey Road in June 1962.

While Martin was initially sceptical about their ability as musicians and songwriters, he took to their humour and personalities immediately. Memorably George Harrison told him “I don’t like your tie for a start” when Martin asked him if they disliked anything about the set up.

Starr joined the band after Martin let it be known that he believed the Beatles’ then drummer, Pete Best, was not up to scratch. When Starr arrived at Abbey Road for the recording of the Beatles’ first single, Love Me Do in September 1962, Martin already had another session drummer, Andy White, in place and relegated Starr to playing the tambourine and maracas.

In November 1962, the band recorded Please Please Me, with Martin suggesting they speed the song up. As they finished, Martin told them from the control room: “Gentleman you have just made your first No 1 record” – which became true in the New Musical Express chart (although it was No 2 in the Record Retailer chart which became the official UK chart).

While others including the Beatles’ schoolfriend and road manager Neil Aspinall would have been given the (almost certainly unwanted) title of fifth Beatle, Martin had more claim than the rest, because of the influence on their sound and the innovation in their production. This ran throughout their recording career, conspicuously so on songs as diverse as She Loves You, Penny Lane and Strawberry Fields Forever. His classical-influenced training embellished and enhanced the raw genius of Lennon and McCartney’s songwriting.

Martin occasionally played piano on the Beatles’ records, including the sped-up piano break on In My Life on Rubber Soul. The relationship between Martin, whose (somewhat) patrician voice belied his relatively poor background and the band matured and prospered through the peaks of Revolver and Sgt Pepper’s Lonely Hearts Club Band.

In the statement he released, McCartney remembered how Martin had changed the Beatles’ approach to music, citing the song Yesterday as an example.

“I brought the song Yesterday to a recording session and the guys in the band suggested that I sang it solo and accompany myself on guitar,” McCartney said. “After I had done this George Martin said to me, ‘Paul, I have an idea of putting a string quartet on the record.’ I said, ‘Oh no George, we are a rock’n’roll band and I don’t think it’s a good idea.’ With the gentle bedside manner of a great producer he said to me, ‘Let us try it and if it doesn’t work we won’t use it and we’ll go with your solo version.’ I agreed to this and went round to his house the next day to work on the arrangement.

“He took my chords that I showed him and spread the notes out across the piano, putting the cello in the low octave and the first violin in a high octave and gave me my first lesson in how strings were voiced for a quartet. When we recorded the string quartet at Abbey Road, it was so thrilling to know his idea was so correct that I went round telling people about it for weeks. His idea obviously worked because the song subsequently became one of the most recorded songs ever with versions by Frank Sinatra, Elvis Presley, Ray Charles, Marvin Gaye and thousands more.”

The collaboration survived fame, fortune and the band’s drugtaking, which the older producer turned a blind eye to at Abbey Road provided it was kept out of studio 2. It was not only because of the fractious environment around the breakup of the band that the Phil Spector-produced Let It Be album - the Beatles’ second last studio album and the last to be released - is often regarded as the most disappointing.

Lennon riled at Martin after the band’s break-up, complaining privately to McCartney in 1971 that his influence was over-stated. The consensus was warmer than that. Martin wrote in 1979: “Without my instruments and scoring, very many of the records would not have sounded as they do. Whether they would have been any better, I cannot say. They might have been. That is not modesty on my part; it is an attempt to give a factual picture of the relationship.”

Martin went on to produce many other acts that defined the sound of the early and mid-1960s, including the Beatles’ fellow Liverpudlians and Parlophone stablemates Cilla Black and Gerry and the Pacemakers, as he became one of the most in-demand producers in the world. Gerry and the Pacemakers made a hit of How Do You Do It?, a cover version Martin had pressed the Beatles to record as their first single but they refused.

In the course of his career, Martin also produced two James Bond themes: Goldfinger by Shirley Bassey and Paul McCartney and Wings’s Live and Let Die. Bond actor Sir Roger Moore said: “How very sad to wake to the news Sir George Martin has left us. He made my first Bond film sound brilliant!”

Martin’s Air studios, first in Oxford Street and then Hampstead in London, and for much of the 1970s and 1980s in Montserrat in the Caribbean, became a favoured venue for established acts including the Police.

Martin was born in Highbury, north London, went to several schools in north London and Welwyn Garden City, and joined the Royal Navy in 1943, serving until 1947 without being involved in combat. He attended the Guildhall School of Music and Drama, studying the piano and oboe, and worked in the BBC’s classical music department and then EMI before taking over Parlophone from Oscar Preuss in 1955.

In 1948 he married Sheena Chisholm, with whom he had two children, Alexis and Gregory Paul Martin, the writer and screen producer. In 1966 he married Parlophone secretary Judy Lockhart-Smith, who survives him. They had two children, Lucie and Giles. George and Giles collaborated on the Beatles’ Love album, the LP of a Las Vegas musical by Cirque de Soleil celebrating the Beatles songs.

He was knighted in 1996, a year before Paul McCartney. David Cameron, the British prime minister, tweeted: “Sir George Martin was a giant of music - working with the Fab Four to create the world’s most enduring pop music.” 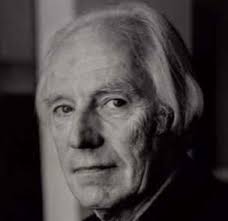