Henri Bonneau, an acclaimed producer of Châteauneuf-du-Pape, whose wines were as renowned for their almost otherworldly beauty, complexity and intensity as they were rare and hard to find, died on March 21 in Marseille, France. He was 77.

The cause was complications of diabetes, said John E. Junguenet of Wines of France, Mr. Bonneau’s American importer.

Working in a dank, mold-ridden, dirt-floor cellar in the heart of the town of Châteauneuf-du-Pape in Provence, and using methods that might have been familiar to any of the 11 generations of vignerons in his family who preceded him, Mr. Bonneau issued powerful wines that recalled how Châteauneuf might have tasted a century or two ago.

From a scant 15 acres of vines, 90 percent grenache, Mr. Bonneau generally produced three cuvées of Châteauneuf. The wine he deemed good was labeled simply Châteauneuf-du-Pape. The better wine was Cuvée Marie Beurrier, named after an aunt of his wife, Jacqueline. Best of all was Réserve des Célestins, a powerful wine that could age for decades, developing savory, meaty, almost saline flavors that seemed dimensions away from the predominantly fruity modern Châteauneufs.

On two occasions, in 1990 and 1998, Mr. Bonneau produced a fourth wine, Cuvée Spéciale, from barrels that were destined to become Célestins but that refused to ferment completely. These rarities instead turned into an unusual, robust, portlike wine.

Mr. Bonneau had little use for modern methods of wine production.

While other producers turned to steel tanks in which to ferment their wines, and small oak barrels for aging, Mr. Bonneau retained his concrete fermentation vats and a seemingly random assortment of old barrels in various sizes.

Unlike many producers, he did not destem his grapes before fermentation. Though others conventionally bottled their wines after 18 to 24 months of aging in order to meet commercial demands, Mr. Bonneau had the patience and discipline to wait at least four years, and sometimes as long as six, before bottling.

“He was the dinosaur of the village, for sure,” Mr. Junguenet said. “Nobody made wine the way Henri did.”

Henri Bonneau was born on Oct. 1, 1938, in the house in Châteauneuf-du-Pape where he would live the rest of his life, except for two years beginning in 1958 when he served as a regimental cook in the Algerian war. His father, Marcel, was a vigne-ron, and though Mr. Bonneau completed his high school education, he followed his father into the fields and the cellar.

“He always said his wines never reached the heights of his father’s,” Mr. Junguenet said.

As a young man, Mr. Bonneau enjoyed fishing and hunting, often taking trips to the Mâconnais region of Burgundy to hunt. On one such trip he met Jacqueline Martin, whom he eventually married. She and their son, Marcel, who worked with Mr. Bonneau the last 10 years, survive him.

Mr. Bonneau was a garrulous man whose favorite topics of conversation included gastronomy, the Algerian war and the shortcomings of bureaucrats. While he was a fan of wine and, especially in recent years, received visits from winemakers from around the world, he preferred to drink gros plante or Muscadet, whites from the Loire Valley near the Atlantic coast, rather than his own wine.

His cellar, a network of tiny rooms, some tracing back to Roman times, was notorious for its dinginess and the impressive array of fungi that bloomed on the walls.

“You could tell what month it was by the color of the mold and how robust it was,” Mr. Junguenet said.

Several vintages are still aging, but for now, Mr. Junguenet said, the future of the estate is uncertain. 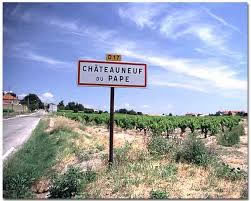