I want my vote back!

Expat Journalist writes to British expats world wide, encouraging them to take part, and get involved in the UK 2015 Election.

Anita Rieu-Sicart, who publishes a small magazine catering to an expat readership in the Var, is writing to expat publications and newspapers worldwide to encourage British expats to take part in the upcoming British General Election.

Thousands of British expats have lost their right to vote by the 15 year exclusion rule – if one is not resident in the UK for 15 years; one loses the right to vote - despite fact that they pay taxes, and contribute in many ways to the UK economy.

LETTER TO MY FELLOW EXPATS – I WANT MY VOTE BACK

I, like thousands of fellow British Expats, lost my right to vote by the 15 year exclusion rule. I have lived in the Var, South of France for the past 24 years; in retirement and for most of that time have been publishing a small magazine that circulates to English speaking Expats. As a British Citizen, I really resent losing my vote.

The 2015 Election is coming up next May, only 7 months away, just over 200 days, in which we expats worldwide can also campaign, and add our weight, and very possibly achieve that vital tipping point. We can fight, we can join in, and we can take part. We can get involved! Don’t shrug off “Politics”, politics dictates our pensions, tax allowances, and everything else. What is more we all care about the future for our children and grandchildren.

Up until pretty recently, it was as if we Expats did not exist, unloved, unwanted, we thought, but behind the scenes all sorts of things were happening, as I have discovered. Yes, we watched the Electoral Reform Debates in 2012, and 2013, and were incredibly disappointed in the opposition to our voting rights.

Despite this, numerous right minded MPs have been beavering away on our behalf to correct this injustice. MPs like Geoffrey Clinton-Brown (Cotswold), now Chairman of the International Office, has been leading the charge for years to restore our right to vote, negotiating, finagling as one has to, in the parliamentary system, and Sir Roger Gale, together with many like minded MPs, who think it disgraceful that our voting rights have been taken away.

MPs that recognise the value of expats who create exports, contribute to the UK GDP, and invest in the UK.

A Committee of Backbench MP’s has also been beavering away, plus the Speakers Committee, and are all totally committed and intent on extending voting rights, and who in the past year insisted on the Electoral Commission extending their efforts to recruit expat voters.

Well, all these chaps/chapesses - the chaps in the white hats - with the huge support of Conservatives Abroad, achieved recently a signal victory. Just this September, Grant Shapps, Conservative Party Chairman, on behalf of the party truly nailed their colours to the mast, and stated, “Get us in in 2015, with a decent working majority, and we will repeal the 15 year rule” and trumpeted this to thousands of UK Citizens, home and abroad- saying. 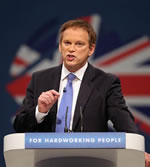 “Millions of British citizens live and work across the globe. Many have worked hard, contributed to Britain all their lives, and have close family living in Britain,"
“Being a British citizen is for life. It gives you the lifelong right to be protected by our military and Foreign Office, and to travel on a British passport. We believe it should also give you the lifelong right to vote."

You can see where he is coming from. The Conservatives have to get a solid working majority in order to do this. Up until now the repeal of the 15 year rule in the Electoral Reform debates has been consistently blocked by collusion from Labour/Liberal MPs. They seem to think all expats will vote the same way. This is not necessarily true, and should in all truly democratic societies, be totally irrelevant, we should, as Citizens, have the right to vote anyway we wish.

It is particularly ironic that we of all people, who tend to regard ourselves as the Cradle of Democracy, have been denied our democratic voting rights. Virtually no other countries, certainly in the EU deny their citizens this right

So what can we do to help this campaign? You think it is impossible, it isn’t. When you realise how many thousands of us are spread around the globe, of course we can do something. There are at least 2.5 million of us, who still have the right to vote, but unfortunately only around 30,000 of those have so far registered. Around another 2.5 million have lost the right to vote by the 15 year exclusion rule. But we can all work together to reverse that ruling.

For a start all expats who are not affected by the 15 year rule –but who have not yet registered to vote - can as from this past June just get on line and register, all you need is your National Insurance Number and/or your passport number, it takes maximum 3.5 minutes to do. And bingo you will be getting a postal ballot for the 2015 Election, without any need to re-register. Also the postal times have been extended so that your postal ballot has plenty of time to reach the UK. Do it Now: go to https://www.gov.uk/register-to-vote.

And what can the rest of us vote less expats do, quite a lot actually.

For example you can use all your contacts, your family, children, grandchildren, we are now all so linked up, via internet, via social media, we can achieve miracles. Canvass all your expat friends, make sure they know about digital registration.

Just think how many of us live in Europe, especially pensioners. To give you some meaty figures, there are around 444,500 retired UK pensioners in the EU, 61,550 in France, 106,820 in Spain, etc. and we all pay and paid taxes to the UK, we all paid into the UK systems all our working lives, otherwise, we would not be getting the pensions. We can muster all our friends and contacts to support us. 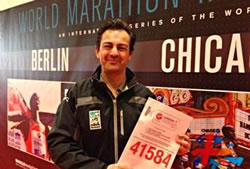 A couple of years back , I met Oliver Colville, MP for Plymouth Devon Southport, because he comes down to holiday not far from where I live, and is trying to develop links between his constituency of Plymouth, and the town of Toulon, which have very natural affinities.

Oliver contested the Plymouth seat three times, and finally won it in 2010 – in 2001 he cut the Labour majority from 9,440, to 7,517, and in 2005, again to 4,109. As he told me “”you only win marginal seats like mine by showing –total – commitment”” He canvassed, and campaigned, and is well regarded in Plymouth and around. He has now a narrow majority of just over a thousand to defend, and you can help him defend it.

Go to his website, he is working to improve the rail infrastructure in his area, and you can help him do it. You can network with all your friends and family who might have connections in that area. Lots of you expats come from around Plymouth, and want to see it prosper. Help him to defend his constituency, because he is one of the good guys, who will be voting to repeal the ridiculous 15 year rule.

And here’s another example - Douglas Hansen-Luke is contesting the seat of Walsall North in 2015. It has had the same incumbent for 35 years and not too much has happened there, the locals feel ignored and forgotten.

Douglas is a former expat, working in the Arabian Peninsula he helped establish and chaired the Gulf Tories. With solid business experience from around the globe, now living in the Midlands, he has set up his own investment consultancy. Now he is flogging up and down the streets of Walsall North, establishing contacts, talking, and most importantly listening to people. He says, “They are good people, they are tough, independent, and self-reliant. . Part of the Black Country, they had leather working small industries, and a lock making industry. They could have again.” He is working hard mentoring young people, getting them into apprentice ship schemes. With your voter support he can overturn the small majority with just a 2% swing. Expat votes and support can overturn the previous 990 vote majority.

We expats could deliver that constituency to him. I’ll bet there are loads of you out there from around Walsall and believe me, you can do something. Network with your friends and families, use Facebook, talk about Douglas, and support him. Get your fellow expats to register online. And he in turn of course totally believes that British expats should have the right to vote. Go to his website:
http://www.hansenluke.org.uk/

And he is not alone. Conservatives are targeting 40 or so marginal seats - including Walsall North - they plan to win. Another 4 candidates on the 40 list expats can support are: -Mary Robinson in Cheadle, Anna Soubry in Broxtowe, Flick Drummond in Portsmouth South, and James Heappey in Wells.

And Conservatives are defending 40 seats, like Oliver’s, with narrow margins. Expat votes and support can swing all of these seats. Some of the majorities are very narrow indeed, under a 100! Go to this website and find out who is standing in your old Constituency. http://www.conservatives.com/ourteam.aspx To find out about constituency margins, go to http://www.parliament.uk/mps-lords-and-offices/mps/

One can argue the toss about political issues until the cows come home, but the important thing for us expats, is the right to vote. We should have it. What is more we should have better representation, and MP Dominic Grieve, former Attorney General, firmly believes we expats should have our own representatives, as he stated just recently, it would be entirely logical, and ulimately far more practical, just as French expats have theirs in the French Senate! Think about it.

Join in the fight, don’t feel frustrated, take part. There are thousands of us, if we all put our shoulder to the wheel – excuse the wildly mixed metaphors – we can shift mountains!