Armenia remembers the 100th anniversary of its genocide 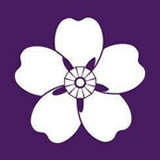 Friday 24th April was a very important day for Armenia, marking as it does the 100th anniversary of the start of the Genocide perpetrated by the Ottoman Empire on the Armenian people in 1915 which is described by Wikipedia as “ the Ottoman government's systematic extermination of its minority Armenian subjects inside their historic homeland.

“The total number of people killed as a result has been estimated at between 1 and 1.5 million. The genocide was carried out during and after World War I and implemented in two phases: the wholesale killing of the able-bodied male population through massacre and subjection of army conscripts to forced labour, followed by the deportation of women, children, the elderly and infirm on death marches leading to the Syrian desert.

“Driven forward by military escorts, the deportees were deprived of food and water and subjected to periodic robbery, rape, and massacre.”

Unfortunately, the Turkish Government refuses to come to terms with their country’s past and admit responsibility, this despite the overwhelming evidence and the official recognition of so many of the world’s governments.

Notable exceptions to this are the American and British governments which continue to prevaricate and use “real politik” as an excuse not to upset Turkey.

But as Pope Francis so eloquently put it “concealing or denying evil is like allowing a wound to keep bleeding without bandaging it." This is the problem ……the vast majority of young Armenians and young Turks just want to move forward recognising that the future is more important than the past and no blame or criticism can possibly apply to today’s generation.

But the wound continues to bleed and the vitally important reestablishment of open borders, cooperation and friendship between two neighbours remains out of reach.

There is a growing movement within Turkey for recognition of what happened which the current government attempts to stifle while in Armenia frustration grows and helps nothing.

The Forget-Me-Not Flower has been selected as the logo for all Armenians ahead of the Centennial of the Armenian Genocide and I would be thrilled if you would share tomorrow with me by posting it on Facebook.

The five petals of the flower represent the five continents on which the Armenians settled, creating Armenian communities and forming the Armenian Diaspora. A note of hope expressed by an Armenian in Scotland was taken from William Saroyan, Armenian Pulitzer Prize winning author;

"Go ahead, destroy Armenia. See if you can do it. Send the Armenians into the desert without bread or water. Burn their homes and churches. Then see if they will not laugh, sing and pray again. For when two of them meet anywhere in the world, see if they will not create a New Armenia."

Ceremonies are being held around the world to remember the Armenians killed by Ottoman Turksas world leaders, including the presidents of Russia, France and Serbia, gathered in the Armenian capital today for the 100th anniversary of the massacres.

It is called a genocide by about two dozen countries and on Thursday the German President used the word, the first time it has officially been used in Berlin.

Pope Francis also recently referred to the deaths as genocide but Turkey angrily rejects use of the term, insisting there was no organised campaign to wipe out Armenians. It says there were high death tolls on both sides.

The Armenian President Serzh Sarksyan addressed the ceremony, “We have to find a solution, before humanity once again breaks its promise that something like this should never happen again.

“The commemoration of the 100th anniversary of the Armenian genocide is a new starting point for the struggle against this kind of crime.”

There was also an address from the president of France, which became home to many survivors of the massacres. The famous French singer Charles Aznavour was also among the guests; his parents fled to France after surviving the massacres.

“Commemorating a genocide is not about opening a trial,” said François Hollande. “It’s to evoke the suffering and the pain of those who survived and their children. It’s about recognising a tragedy that was so big that it struck the whole of humanity.”

The Armenian President called on more countries to recognise the killings as genocide, while the Russian President spoke about the need to learn from the past and ensure similar tragedies are not repeated.

There has been criticism from Armenians that Turkey decided to hold its WW1 commemoration for the Gallipoli campaign on the same day as the Armenian commemoration.

Ankara normally marks the anniversary of the Gallipoli campaign, where Turkey defeated the Allied forces, on April 25. But this year it was brought forward by a day.

-1 #1 Enid 2015-04-24 19:44
Its particularly sad - yet indicative that Turkey specified this day the 24th April to hold the Gallipoli Remembrance day. Different to the day the Turks recognise 'winning' the campaign 9 January when our boys left ... and its actual start day tomorrow.

So attempting to take attention away from todays - Armenian Genocide Remembrance Day.

But constantly heard is the comment 'This crime against its people - the Armenians being legal citizens of the then Turkish Ottoman Empire - must not be forgotten'. These crimes need to be recognised. Otherwise they can happen again.

Yet the Salazar Regime's crimes against the Portuguese people have been swept under the carpet, Even though many tens of thousands were suffering directly or otherwise caught up in them.