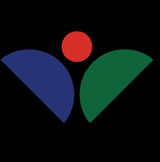 The British Portuguese Chamber of Commerce, with its mission to promote bilateral trade and business opportunities between Portugal and the UK by assisting companies engaged in bilateral trade, has issued the following statements concerning the recent Referendum result.

"The soundings that we and other British Chambers of Commerce conducted prior to referendum was that there was a strong preference for Britain to remain within the EU. However the British electorate has made their decision and we must move on even though many of our members may not agree with the choice the British voters have made.

It was inevitable that markets would react dramatically to the news and we have already seen massive swings in the stock exchanges and currency markets.  Although such turmoil is usually considered detrimental to commerce there is a flip-side which may be beneficial to Portuguese exporters to the UK.  Conversely the current exchange rate may be damaging in the short term for the Portuguese tourism sector reliant on British visitors who will now find it more expensive to travel to countries in the Eurozone.

The European Economy must be the focus now and the key issue here is continuation of trade.

Portugal and the UK will always continue to enjoy strong commercial ties.  Our role is to assist companies to understand the new landscape so that they may adapt and flourish.  We anticipate a surge in seminars and workshops over the coming months and years explaining how new legislation may evolve and how companies may need to re-align their strategies.  The need for a Chamber of Commerce has never been more relevant.

The outcome of this referendum has created an enormous amount of uncertainty - this is why the markets are so jittery and volatile.  We need to wait for the dust to settle.  Business traditionally finds comfort in stability and investment depends on confidence - we currently find ourselves in a period which lacks stability and no longer provides the confidence conducive to investment.

The even bigger worry is that this situation will become contagious and other countries will start to demand that their governments hold referendums to decide their continued membership too.

Furthermore other concerns have also come to the fore including Spain's renewed claims on Gibraltar, Scotland's desire for independence from the UK so that they may apply for their own membership of the EU, and likewise the complications between Northern Ireland and the Republic of Ireland.

The UK Government must seek help and support in preparing and delivering the departure negotiations - the Chamber of Commerce network should be part of that consultancy process.

The British-Portuguese Chamber of Commerce and our fellow bi-lateral British Chambers in the COBCOE network stand ready to assist and we all have a huge role in supporting all business across Europe in navigating the stormy waters ahead.

It is now imperative that businesses in the United Kingdom and across Europe are provided with clarity, support and representation given the potential changes to commerce in the future and the uncertainty we now face.

We cannot ignore our trading community. They must be heard in any forthcoming negotiations if we are to see prosperous economies, if we are to see Britain and Europe compete in a changing, globalised commercial world.

British exporters and foreign companies trading with UK need to reassess their positions, though nothing too significant is likely to change within the next two years..

The initial reaction is that commerce may suffer, but our suspicion is that new opportunities may present themselves.  Today's entrepreneurial generation has a knack of being flexible and creative and inevitably companies of all dimensions will find ways of exploiting newly emerging opportunities.

The strong message that we need to convey is that "life will go on"!

As a bi-lateral Chamber our interests lie in four distinct areas:

·         Supporting British investments in Portugal (overlapping the role of AICEP)

We have also been a partner in several EU funded projects and are pro-active in supporting entrepreneurial mobility throughout Europe.  Our interests in this area will continue."