The allure of Lisbon, a city ripe for investment

Lisbon is the administrative, business and tourism centre of Portugal. The national economy has long been on the mend, and the number of global investors interested in obtaining real estate in the Portuguese capital is growing.

Some observers call Lisbon "the new Barcelona": in 2016, the city took seventh place in the PwC Investment and Development Prospects ranking. 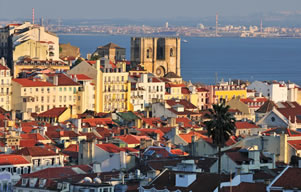 Lisbon is also one of the most important international real estate markets: foreign nationals constitute nearly 90% of all the buyers there. Alongside European citizens, companies and individuals from China, the US, South Africa, Latin America and the Middle East buy property in the city.

The volume of foreign capital in the market has been increasing substantially: boasting a 70% rise on 2014 investments, foreigners comprised the primary force behind property investment in 2015.

Experts at Tranio.com hold that a wide selection of high-quality residential and commercial properties, affordable yet growing prices, favourable tax and immigration policies and well-developed infrastructure have made Lisbon a choice market for investment and have heightened investors’ interest in local property.

In 2016, Lisbon was ranked forty-second on the Quality of Living Index published by the Mercer consulting firm. Lisbon has outpaced such big cities as New York, Miami, Madrid and Rome in this category. Moreover, the cost of living in the capital of Portugal is 30% lower than in Berlin, 40% lower than in London and 23% lower than in Barcelona. 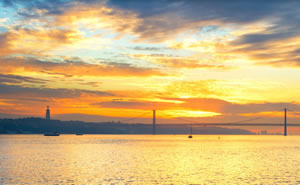 The winters are warm and the summers are long in Lisbon: the sun shines 300 days a year and you can swim and sunbathe from March to October. In addition, Lisbon is one of the few European capitals which has its own beaches: they span 19 km in the city itself, while nearly a 30-minute drive away in Cascais and Estoril you can find several dozens more, many of which are Blue Flag beaches.

Lisbon has excellent infrastructure for comfortable living and recreation. There is a plethora of architectural and historical landmarks, museums, restaurants, nightclubs, shops, casinos and golf courses. The country's two largest ports are also located in the capital, and the local international airport offers connections to 110 cities in 43 countries.

The Golden Visa and tax exemptions for property buyers

The main reasons for the growth in investor interest in Lisbon are the favourable tax regime and the opportunity to gain a residence permit when buying property.

Portugal offers an exclusive tax status for foreign residents who come to stay permanently in the country but have never lived there before nor had a residence permit in the last five years (Residente Não Habitual, or RNH). The income of the status holder is taxed at 20%, while employment and business incomes obtained abroad, as well as retirement income, are entirely tax-exempt.

Participants in the Portuguese Golden Visa programme are eligible for RNH status, which is granted for 10 years.

Golden Visas in Portugal are granted to foreign nationals who have invested at least EUR 500,000 in local real estate. The visa allows its holder to reside in Portugal, travel freely across the EU and apply for citizenship in six years.

The Portuguese Golden Visas are very popular with foreign nationals, particularly the Chinese, who constituted 80% of all the international investors who participated in the programme between 2012 and 2015. In total, the programme brought in about EUR 1.46 billion in revenues, and roughly 2,500 foreign citizens got residence permits during this period.

Despite high price growth rates, Lisbon remains one of the most affordable European capitals: even the prime property there is several times cheaper than in Paris or London, in whose top districts buyers have to pay EUR 25,000-33,000 per sq m.

On average, long-term property yields in Lisbon are 3-5% per annum. The best districts for rent are Alfama, Pombaline Lower Town (Baixa), Bairro Alto, Chiado and the suburbs of Lapa and Pena.

Short-term rental yields are higher, ranging from 5% to 7% per annum. Leasing an apartment for short terms on platforms like Airbnb can earn you roughly EUR 28,000 to EUR 77,000 per year, depending on the apartment’s size and location.

Unlike many other popular tourist cities, Lisbon does not impose any legal restrictions on this type of rental business, and you can lease your property to tourists throughout the year.

Lisbon is the main tourism market of Portugal. Nearly a third of all tourist stays in the country occur in the capital. In 2015, 5.2 million tourists visited Lisbon.

According to some experts, local residents' demand for long-term rentals is also going to increase. Relatively few affordable residential properties are under construction in the city, and many urban residents find renting more advantageous than purchasing.

Over the last seven to eight years, the construction volume in Portugal fell dramatically and has yet to reach the pre-crisis level. At the same time, between September 2015 and August 2016, 1,821 properties – almost twice that of the previous year – were commissioned in Lisbon. Overall, the construction volume in Lisbon is growing at the highest rate in the country.

Much of the newly built property in Lisbon sells near Parque das Nações, the most modern area in the city which was constructed for the 1998 Lisbon World Exposition. Prices for penthouses facing the Tagus River in this area start at EUR 4,000-5,000 per sq m. 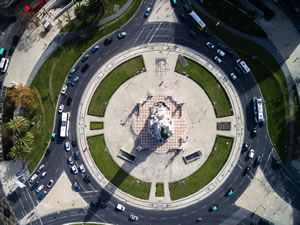 The improving economic situation in Portugal has had an overall positive effect on the Lisbon commercial property market. Foreign nationals invested about EUR 1.9 billion in the segment in 2015, showing a 130% increase on 2014.

Over 55% of total investment is in retail property. Rather than the newly built facilities, it is the structures undergoing renovation which constitute most of the retail space supply. The most popular Lisbon districts to buy retail property in are Avenida da Liberdade, Pombaline Lower Town, Chiado and Cais do Sodré. The monthly rental rates amount to about EUR 95 per sq m in these districts, and the yield rates are around 5%.

Office space in Lisbon is the second most popular segment among investors after commercial properties. The volume of investment in office properties has been growing considerably: foreign nationals invested about EUR 416 million in the segment in 2015 and EUR 340 million during Q1 2016.

Monthly rental rates for office space range from EUR 12 to EUR 18 per sq m and, according to expert forecasts, are going to increase. Lisbon office spaces yield 5.2-7.7% per annum.

The Portuguese economic recovery and the growing interest of international investors in local property have been stimulating the development of the Lisbon market. Tranio experts recommend purchasing or otherwise investing in the following:

- detached houses and modern flats near Parque das Nações, in the districts of Chiado and Pombaline Lower Town and in the suburbs of Cascais and Estoril

- high-class retail and office facilities near Parque das Nações, in Pombaline Lower Town, in Cais do Sodré and on the Avenida da Liberdade.