Do You Know Where You Came From?

A baby left on a doorstep in swaddling clothes - the baby was wearing them, not the doorstep - on Christmas Eve in 1899 had a note pinned to the basket he lay in, which said, 'This is David Learmont.'  The note said that, not the basket.  It's no breeze, this writing lark.

The point being, although I had no way of knowing it then, this abandoned baby later became my grandfather.  "The Child is grandfather of the Man," as the poet Wordsworth almost said.  Grandad could play the piano almost before he could reach the keyboard, and was able to bake like a patissier long before he could speak French, which was never.

In defiance of both Darwin and Wordsworth, I have a tin ear for music and have never put a baking tin into an oven.  My grandfather was a mystery, as was my ancestry, lineage, bloodline and forebears.  Genealogy is a friendly-sounding word, but often there is nothing genial about it. 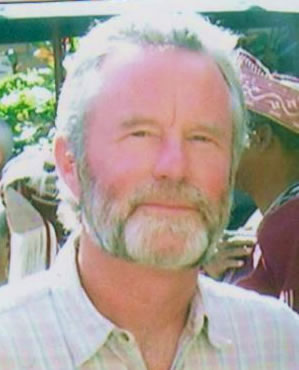 We live in an age obsessed with finding out who we are and where we come from.  The airwaves are awash with programmes investigating the family trees of TV show presenters and football stars, many of whom have already recounted their life stories to ghostwriters in two or more autobiographies.  Apparently an answer like "Rock Star" is no longer considered a sufficient explanation for one's behaviour, especially if one has actually been behaving.

Bloodlines have always been important to kings and others who want to lay claim to thrones, also to bookmakers who want to lay odds on racehorses.  The Imperial Family of Japan is the longest-running monarchy in the world, dating back to 660 BC.  And Confucius is considered to be the founding father of the Kong family bloodline, which continues to this day.  He was the first King Kong.

Those lucky people who actually have genealogies to trace (unlike me, with my pedigree lost in the misty pavements of 1899) often find unexpected connections.  Tom Hanks is related to Abraham Lincoln.  Moose-hunting ex-governor of Alaska Sarah Palin is, or was, a tenth cousin of Princess Diana.  Lucky British actress Anna Chancellor can claim Jane Austen as her eight-times great aunt.  Anna ought to write a novel.

Not-so-lucky President Nixon was 7 cousins away from actor James Dean.  One sweated visibly during televised debates, the other was super-cool.  Ninth cousins once-removed -- thank goodness -- are Prince Charles and Camilla.  And goodness knows how George W. Bush -- not a playboy -- feels about being related to Hugh Heffner -- Playboy!

Clive Dunn's song 'Grandad' contains the line, "Memories linger on, thoughts of when I was a boy."  After my father's early death, my grandfather taught me to ride a bike, drive a car and play the guitar.  (But not the piano.)  Best of all, he bequeathed me his surname as my middle name.  Wherever it came from.